Hi-Top Golf – PGA2K21 Details are Looking Like a Double Bogey

Get off the sidelines and make headlines. @PGATOUR2K is coming August 21 to a video game console near you. pic.twitter.com/H0IFeEVfnq

The good news is we are finally getting a new PGA TOUR video game.

The bad news…well everything else.

First off the game is being published by 2K who are most famous for two things – NBA2K and making absolutely unplayably unfun video games.

For anyone who hasn’t touched a video game since their NES days, there is now a thing called “micro transactions” which basically mean that when you pay $59.99 for a video game what you actually get is the opportunity to pay MORE money to “unlock” the things you actually want to do with your expensive video game. And 2K are the absolute KINGS of micro transactions. So even if PGA2K21 is great don’t expect to be playing Tiger Woods in his Sunday Red unless you are willing to fork over an additional $20 for the “Ultimate Tiger” expansion pack.

Next up is these two little nuggets: 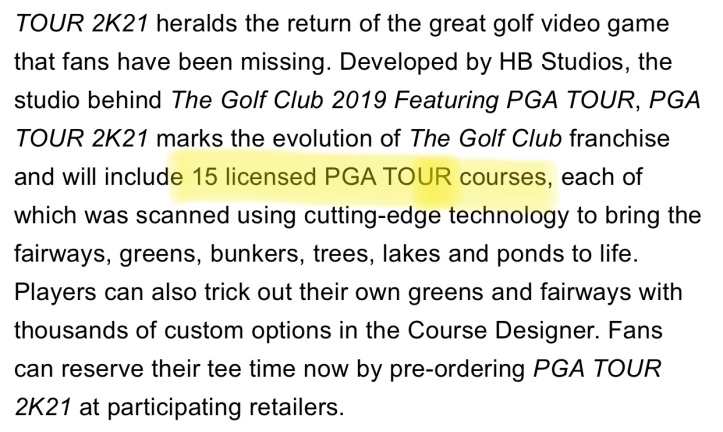 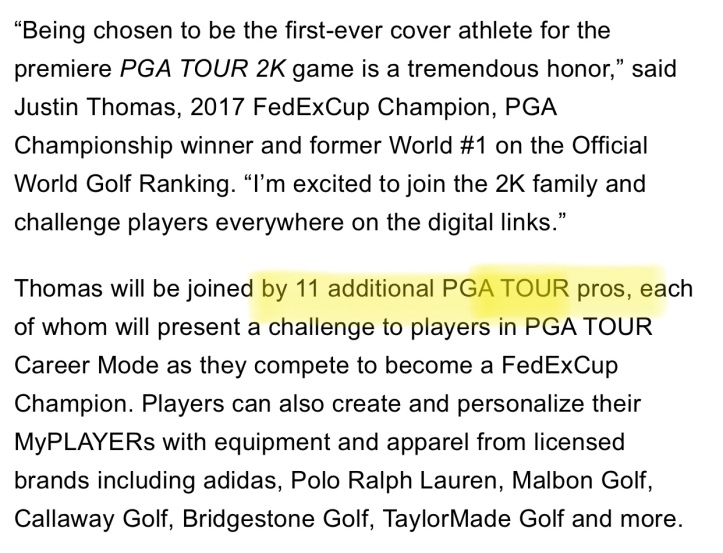 There hasn’t been a PGA video game in 5 years and your best effort is 15 courses and 11 pros. NBA2K has HUNDREDS of current and former NBA players. Honestly that’s the best part of 2K is that the go all out on the players. Want to put Wilt Chamberlain and LeBron on the same team? You can. Honestly the only thought when the Lil’ Dogg saw that this was PGA2K was the possibility of playing as Jack or Arnie or Sam Snead or Seve. Instead we get Justin Thomas and 11 other guys.

You pony up for the Official PGA license and you don’t put in all the TOUR Pros???????

That right there is a deal breaker honestly.

The 15 courses is just the laughable icing on the cake. And of course not one mention of Majors. I was not expecting Augusta but figured you’d AT LEAST get something. Instead we get the FED EX Cup because of course. Any opportunity to jam that one down golf fans throats, right boys.

Listen folks, the PGA TOUR is one of the most mismanaged things on Earth. Like they go out of their way to make everything about Pro Golf terrible and yet the fans are still here. This was a real opportunity to do something great and instead they once again sent their drive right into the drink.

August 21st is a looooong way away so maybe we will get some new details that will change everything but as of now this one is a bad 3 PUTT Double Bogey.