Running on a Beach? Are you kidding me N’Keal????

N’Keal, my man, what are you trying to do?

It’s almost 21 years to the day after promising rookie, and future franchise linchpin, Robert Edwards shredded his knee in a flag football game played….ON THE BEACH. This is just too soon, dude. Have some god damn respect, will you?

If you’re a die hard Patriots’ fan, you know the story of likely future Hall of Famer Robert Edwards. But here’s a refresher.

Robert Edwards was well on his way to being an All Time Great. As a rookie in ’98, Edwards amassed 1115 yards, which was good for 15th in the league! That yardage total is to this day tied for 45th most by a rookie since 1970. The names ahead of him on that list are a murderer’s row of running back glory: Olandis Gary, Josh Jacobs, Steve Slaton, and New England’s own John Stephens are just a few of the rookie studs that somehow managed more yards than Edwards. It doesn’t take a football historian to tell you how awesome their careers were. 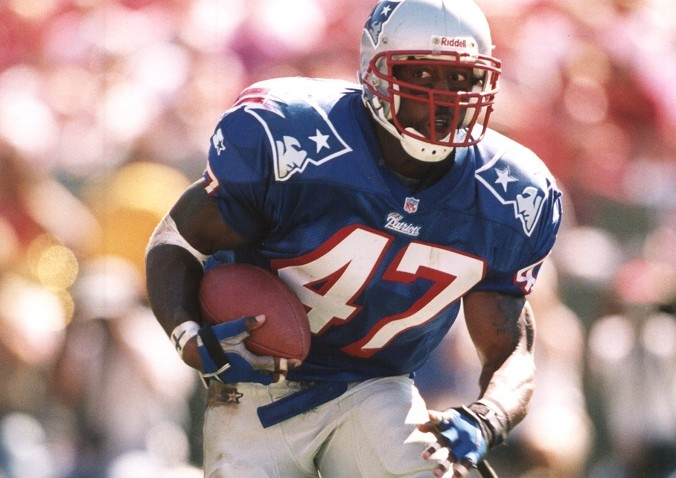 When Edwards arrived, the Patriots were in a precarious spot. Parcells and Curtis Martin were in New Jersey. Pete Carroll had taken over the team, and in 1997 they had a mere 10-6 record. They needed someone to rescue them…to refresh the offense, and take them to a new level. Well… say no more. Enter the 5’11” hero from the University of Georgia. With Edwards toting the rock in ’98, the Patriots racked up 16 more rushing yards and 26 more total yards than the year before. Granted, they only went 9-7, but they looked MUCH BETTER doing it. It was clear they had found the man to build around in Robert Lee Edwards III.

Edwards’ season was so impressive that he was asked to come to the Pro Bowl….and participate in a flag football game the day before. And, as Patriots’ fans will tell you to this day, the fate of the franchise was forever altered, when his knee was shredded while trying to make a defensive play. It was really a devastating injury for Edwards- there was actually talk he was in danger of losing his life and/or leg at one point. Thankfully, neither happened, and he did actually return to the NFL for a brief stint, but his career was essentially over.

The devastation to the Patriots franchise was arguably worse. Without Edwards as their lead back in ’99, the team managed to rush for 1426 yards, a 54 yard decrease from the previous year. That’s like over 3 yards a game difference!!! How can you expect to win like that, MIKE???

The rest is history…the team was 8-8, Carroll fired, and the next year they went 5-11 under Cleveland Brown’s castoff Bill Belichick. It was a dark time for the franchise, and essentially marked the end of their run as one of the top teams in the league. If Edwards had never been injured, who knows what would’ve happened.