There’s a new baseball team in town-ish…the Worcester Woo Sox and unfortunately this is not an Onion joke. They really named this team the Woo Sox.

On the bright side at least the Woo Sox are continuing our storied New England tradition of having terribly branded sports teams.

Look folks, I get when a big time billion dollar franchise plays it safe but we are talking about Minor League Baseball here. There’s a team with Teddy Roosevelt as their logo: 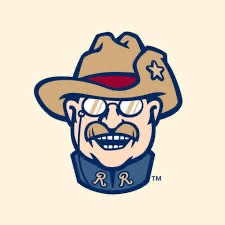 There’s any number of made-up animals, inanimate objects, for chipessakes there’s a team called the Vibes and their logo is a smore:

Woo Sox is not cool. It’s not funny. It’s not even phonically correct.

If anything they should be the Wuh Sox.

Now let’s talk about that Smiley Face. I get it. I do. The Smiley Face was invented by a Worcester native in 1963, Harvey Ball. That’s a cute story. But it’s a tuuuuuuuurrrrrrible logo.