John Henry to Shaughnessy: ‘Get on Your Knees For Manny’

Oh for fuck’s sake Shaughnessy…what are you doing?

A day after Shank ripped Tom Brady for his attitude and accountability off the field, he’s writing a column polishing the knob of Manny Ramirez.

I’ll kick off by saying Manny was the best all around RH hitter I’ve seen, and only Pujols is in the conversation. I was a huge fan of him as a baseball player, and I’m going to give him one of my hypothetical HOF votes. But, I’m a rational adult, and can separate baseball from real life…. Manny was a real scumbag.

I’ll also say, we really like Shaughnessy around here, I even wrote a tribute to him. I respect the trolls. But this is not trolling. This is embarrassing pandering, and clearly the last real sports columnist in town is taking his marching orders from his boss/ Owner of the Red Sox, John Henry. 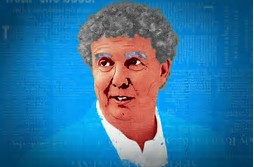 The Sox must have some burgeoning partnership with Manny, and realize they need to whitewash his history before they go full speed ahead. This is the only explanation that makes any sense at all. And what better way to rehab Manny’s image than get the most “cynical”, “hard-hitting”, columnist in town to get on his knees and filate the former slugger.

I suppose it’s possible that Shank just likes giving second chances- like I’m sure people gave his son second chances after his arrest for assaulting police a officer- but my gut tells me this is just a straight trick he’s turning.

So, I mean, I guess it’s cool he “apologized” for his “mistakes”, which is nice and all. And maybe he is truly a different guy, that’d be great. But he certainly needs to do a little more than that (and cite Jesus) to warrant this type of BJ from the CHB. We need Shank on the front lines, giving out over-the-top criticism to people who don’t deserve it…not the other way around.