That’s one smooth criminal right there folks. Get Inspector Clouseau on the case pronto. This has to go down as one of the most well executed thefts in history. It’s the Brinks Job, the Bonded Vault Heist, Lufthansa and this Canes fan stealing a dude’s ice cream cone.

Cat-like quickness and nerves of steel. Just took the damn thing in one fell swope. That’s talent folks. But it’s also heart and dedication. This a thief that knows his trade. This is not his first robbery that’s for sure.

Ponytail is watching the whole thing go down an does NOTHING. See something, say something is not a code this dude lives by. He’s strictly snitches get stitches!

3. When he looks at the empty cone

2. He Deserved to Get His Ice Cream Tooken 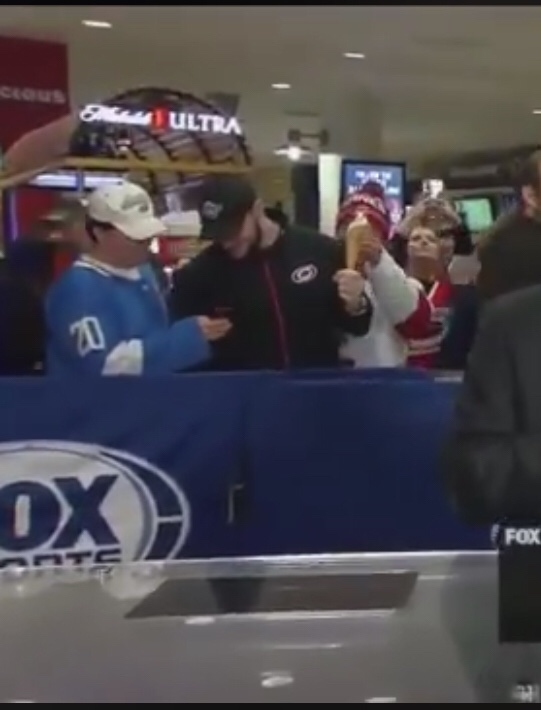 You have a precious ice cream cone, you protect it. Not this guy. He’s just flaunting the thing all over the place. Facts is facts and the fact is even if the cone hadn’t been stolen this dude was two seconds away from dropping the whole thing on the floor anyways. The thief actually saved the ice cream when you really think about it. There’s no doubt this guy was about to check his watch and dump the cone on the ground. He didn’t deserve that ice cream!

He was gonna give it back 🤣 pic.twitter.com/RLw3PbUkZs

Ruthless! This dude was gonna take a bite and give the cone back! The face he makes when he almost gets caught! 🤣🤣🤣🤣🤣