Reminder: MJ is, and always will be, the Best Ever.

This is a post that probably doesn’t need to be written, isn’t newsworthy, and I’m not sure anyone would actually disagree with. But, it’s my site, so I wrote it anyway. Because…sometimes it’s important to remember greatness. 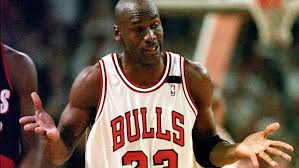 The start of the NBA League Year- with all of it’s accompanying Free Agency chaos- had me scouring the pages of Basketball-Reference while I was slacking off at the day job. My deep dive into the world of basketball stats led me to a few points:

I know… “No shit”.  But let me explain. Obviously I knew Jordan was really good. He’s my #1 player of all time, and I’ve never wavered on that. But what I’m talking about here is just a startling realization of the magnitude of his greatness.

MJ’s dominance really began with the 1986-87 season, and went through his last season with the Bulls, 1997-98. This was 12 years, but really only 10 seasons of play, when you take out his foray into Minor League Baseball.

During that time he had 10 STRAIGHT scoring titles, while making 9 consecutive NBA All-Defensive teams (and a DPOY). That is very literally unheard of. So he was essentially the best offensive and defensive player in the NBA for 9 straight seasons. Is that good?

MJ won 5 MVP’s during the 10 year stretch, and obviously closed with 6 titles and 6 Finals MVP’s. Eight of the ten seasons he averaged 30+ PPG (only 4 other players have had more than 4 in their careers). Totally normal NBA stuff, right?

Quite simply, Jordan’s peak was so far beyond anything we’ve ever seen, and ever will see…and his peak was longer than the careers of most players.

GREATEST OF ALL TIME

Nobody that came before MJ was better, agreed? This is settled science. No debate. If you disagree…just put down the device, and seek help. Now, we can continue

There has been a groundswell lately of “Is Lebron better than Jordan?” talk. My canned answer would be “Not yet, but we’ll see when he’s done”. I have him at #2 now, and I’m leaving the door open to the possibility Lebron could get there.

But…if I’m being honest with myself, there is quite literally nothing Lebron could do that would see him surpass Jordan. I’m realizing now…there are a few facts everyone needs to get on board with:

Bacon is tremendous. Get your kids vaccinated. MJ will always be better than Lebron.

I mean, career scoring is impressive, and Lebron will probably finish #1 All-time, but MJ retired TWICE while he was still capable of playing All-NBA level ball…that needs to be considered.

As far as titles go (MJ leads 6-3), Lebron could theoretically catch Jordan, but at 35 years old now, how many future hypothetical titles is Lebron really going to get full credit for? Like, 39 year old Lebron playing 26 minutes on the AD-Kawhi led Lakers is just not the same as Jordan abusing Bryon Russell for 45 to close out his sixth ring.

Stacking up numbers at the end of the career is great and all…and ultimately will leave the discussion for GOAT between Jordan and Lebron. But even if James ends up with 50K career points, and 5+ Titles…I can’t overlook Jordan’s sheer dominance in his prime.

Plenty of guys have had great individual peaks, but they don’t stay at en elite level long enough. Some guys play at a high level for a long time, but don’t win enough. Others have won a ton, but aren’t dominant individually. Michael Jordan checks ALL the boxes. For 10 years there was no other conceivable answer to “Best Player in the League”.

“I would never have called him the greatest player I’d ever seen if I didn’t mean it,” Bird told The Boston Globe. “It’s just God disguised as Michael Jordan.”

And, just because, here is “The Shot”