The 90s have been “back” for a while now with everything from flannel shirts to choker necklaces and clunky boots returning to “must have” fashionable status for hipsters everywhere.

But Nu Metal Gawds Korn have taken things to whole nother level by becoming the title sponsors of the PGA’s minor league formerly known as the Web.com Tour.

Sure these guys don’t exactly conjure up images of tree lined fairways and manicured greens : 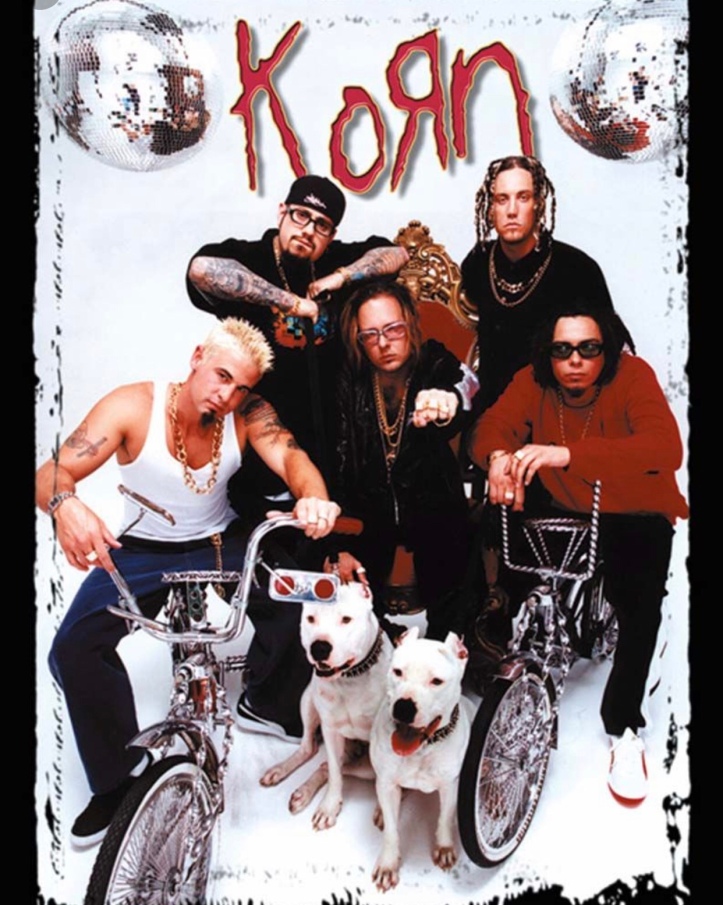 But something tells this pup that this merger is more about reaching out to non traditional fans in both directions. 90s Korn Kids may be all grown up but they still have plenty of that trademark pent up angst that needs to be released and what better way to get out that aggression than a day on the links whacking that little white ball around for a few hours. And conversely, golf itself is always trying to appear more hip and cool. Add some Heavy Metal Vibes into the mix and pretty soon all the cool kids will be matching their tribal tattoos to their Titleist hats.

This a win-win for both parties and the Lil’ Dogg is sniffing up the scent of a fresh new trend. Me thinks we may soon be hearing of more minor league sports jumping on the rebranding bandwagon – “Dr. Dre presents the NBA’s G-Funk League” perhaps???????