The Greatest Television Actor Ever?

The Mother of Dragons wasn’t the only queen to have left an entire capitol city in flames this weekend. Fellow HBO’er, and Undisputed Queen of Comedy Television, Julia Louis-Dreyfus wrapped up Veep–  her 7 year assault on Washington DC- Sunday night, and they left everything in ruins behind them.

Now, if you’ve never watched Veep, I feel bad for you and you need to immediately. It was a one-of-a-kind satire on Washington, managing in this era of side-taking, to not do so, and basically lampoon every (totally true) Washington DC stereotype along the way. The writing was fresh and daring, the pace remained perfect during the entire run, and the jokes among the funniest and most fittingly inappropriate I’ve ever seen on television. Every C-bomb and cock joke they dropped had a place and a point… now that’s real humor. 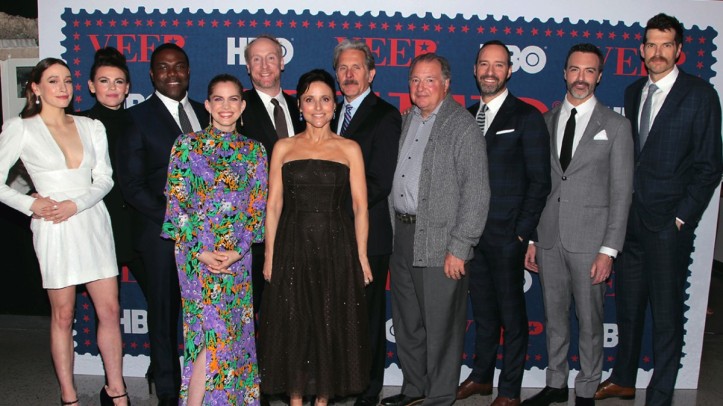 The ensemble- that amazingly remained essentially intact for the entire run- made the Friends cast look like the Robert F Kennedy Jr High School Players. But make no mistake, they were led, and held together by, the incomparable JLD.

I’m not here to tell you JLD is the greatest female comedy actress ever on television. That would be crazy. OF COURSE SHE IS. That’s an objective fact. Carol Burnett was great…but did a variety show. Not the same thing as playing a character year in and year out. Lucille Ball was at her best talking in a funny voice and doing pratfalls and spittakes. Talented? Yup. Funny? Sure. But TV (especially comedy) was still on training wheels back then. 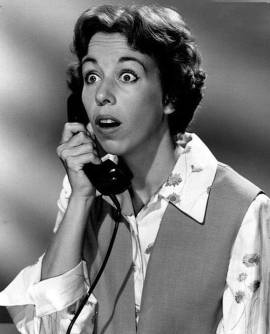 No, I’m here to make a different arguement. Thanks to a prompt this morning from old friend, noted historian, and freqent Hi-Top collaborator, Patrick Cunnion, I started thinking. And, I am here to convince you, that JLD is:

The Greatest Television Actor/Actress of All Time

My Case is a simple one. It’s based on Volume and Hardware.

JLD has spent most of the last 30 years STARRING IN highly acclaimed, highly watched TV shows. Obviously, she was one of the leads in Seinfeld, which ran for 9 seasons. A few years later, she had her own successful show The New Adventures of Old Christine, which ran 5 years on CBS and went into syndication. She now ends her 7 year run on Veep.

In her 19 seasons on these three shows, they’ve been nominated for Best Comedy Emmy’s 13 times (14 likely on its way, with Season 7 of Veep), and won 4.

The list of actors to have had that kind of success even with TWO shows is a short one, let alone 3 shows. We’re really in unchartered waters, here.

JLD is like the Meryl Streep of the Primetime Emmy’s…except she has way more nominations and awards.

Dreyfus has 11 Primetime Emmy WINS. Her 8 as an actor are tied (with Cloris Leachman) for the most All-Time.

She has been nominated 18 times for Acting Awards, or in other words, every single time she’s been eligible since 1992. You read that right. She hasn’t been on a TV show, and eligible for an Outstanding Lead or Supporting Actress Role and failed to get a nomination since Season 2 of Seinfeld. INSANITY. 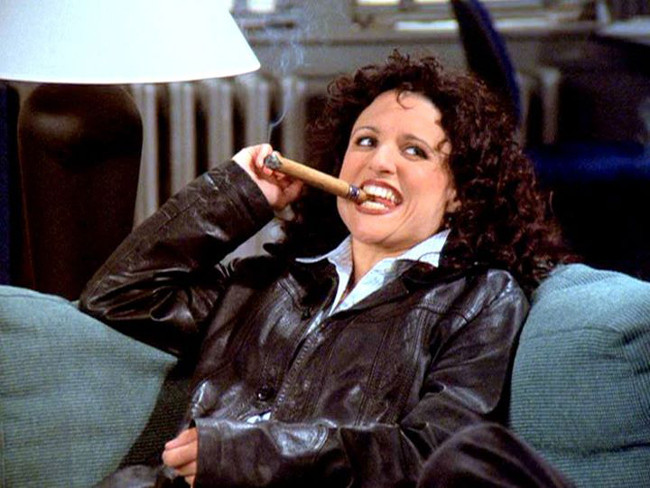 The resume speaks for itself. It’s unparalleled. The only argument against I can even muster is she hasn’t crossed over as a lead in a Drama, like say, Bryan Cranston. Well, firstly, I’ll say, Cranston didn’t have nearly the success of JLD in Comedy. He did score 3 Noms (no wins) as Supporting Actor in Malcolm in the Middle, but that show was hot garbage.

And, secondly, I’ll say that JLD did a drama with Gandolfini. Now, it was a movie, and I’ve never actually seen it, but we can’t write off her crossover ability. She’s just been too god damn busy crushing it in killer comedies to take the time to make a drama.

Also, this isn’t the big screen. In TV, especially in the last 20 years, Comedy has gained almost to the point of equal footing with Drama. Good quality performances are similarly regarded, regardless of format.

I’ll leave you with a quote from the man who hatched this idea in my head:

– Cunnion, circa an hour ago

Now…that’s it. Make your case Pat and I are wrong.