Due to a reshuffling of the PGA Tour schedule the second Major of the year is now upon us even though most golf fans are stilling recovering from last month’s epic Masters.

The PGA Championship is the bastard child of the Four Majors, the Teddy Roosevelt of Major’s Mt. Rushmore, the pineapple topping of the Majors pizza, the Anthrax of Golf’s Heavy Metal Big Four, the….okay I think you get my drift. This is the Major that most often falls through the cracks. The Major that everyone forgets who won last year (Koepka??? I think?). 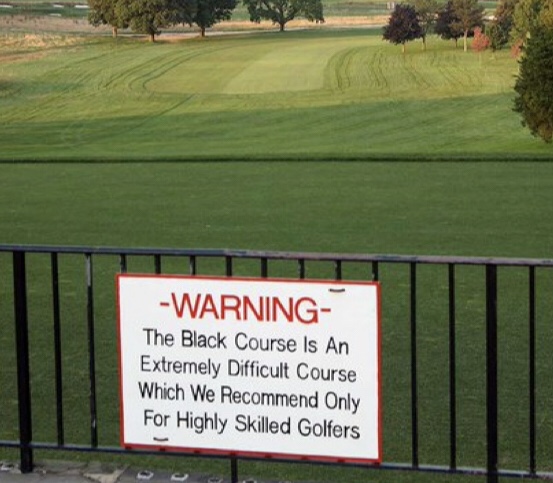 The 2019 PGA Championship is being contented on Long Island at Bethpage Black. The last time a Major was held there was the 2009 US Open won by Lucas Glover and before that the 2002 US Open won by Mr. Tiger Woods. Both were tough goings for all the players involved resulting in winning scores of just -3 and -4 respectively.

With the East Coast getting lashed daily by rain for what feels like the last three months, course conditions are of high concern. However by all accounts things at Bethpage Black are looking quite nice and the forecast calls for crisp yet pleasant weather all weekend.

For the first time in history all 100 of the World’s Top 100 will be in contention*.

*minus Justin Thomas who recently pulled out with a wrist injury. So 99 out of 100 ain’t bad.

The marquee names are topping the odds lists as expected and this course does set up nicely for the Tour’s biggest and longest hitters. Guys like DJ, Brooks, and Rory should have a leg up on the field. And of course the money is flowing in on Tiger after his Masters master class.

Talking Tiger, the man himself has not played a competitive round since his Masters win, albeit that was only a few weeks ago. At this stage in his career being fully healthy or as healthy as possible is the Big Cat’s main concern and all signs point to GO. Tiger showing up to and winning only Majors would be a huge flex but if anyone could do it, it would be him.

Tony Finau has been sniffing his way around Majors and I do believe this will be the one where he cracks the code and gets it done. The course sets up nicely for Finau’s game. He’s flying under the radar at the moment. The pressure is on everyone else. He just needs to go out there and do what he does. And look fly doing it. The man is always fresh to def.

Speaking of golf fashion apparently this look is back:

Adam Scott and UNIQLO are on a mission to raise the mid 90s from the dead and bring back baggy pleated pants. Scott rocked the look at this year’s Masters and is doing so again at Bethpage Black.

And you know what, the Lil’ Dogg doesn’t hate it.

UNIQLO is calling it an update on a classic look and dropping names from the Golden Age of 1950s Golf. One thing is for sure, Golf fashion needs a shakeup. 150 cookie cutter dudes walk the course each week on Tour all wearing the same “athletic” pants and polos wrecked with sponsor logos. There’s a few dudes doing subtle things – Bryson has his look and I’m partial to Ollie Schniederjans commitment to going hatless but by and large not one guy is standing out from the pack. Are pleated pants the answer? Probably not. But I do applaud the effort to do something, anything, different.