Here’s a random Press Release announcing the celebrity attendees that are expect at a pre-race Kentucky Derby Gala. It is fascinating for a number of reasons. 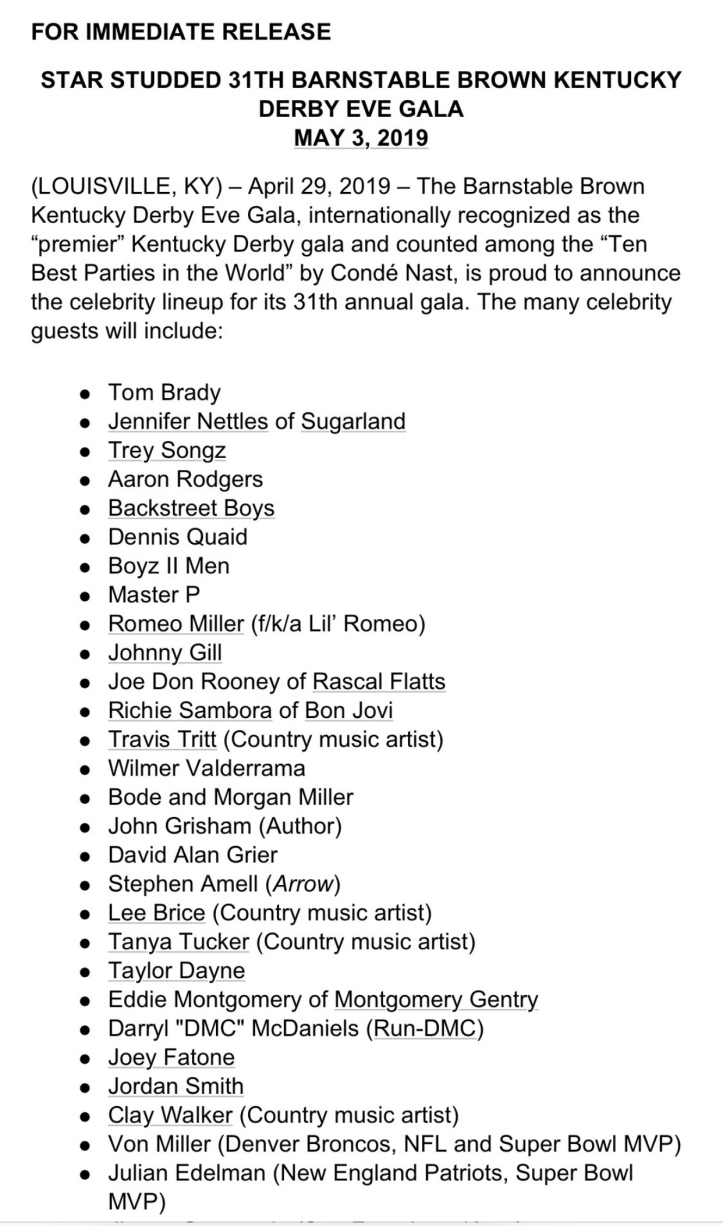 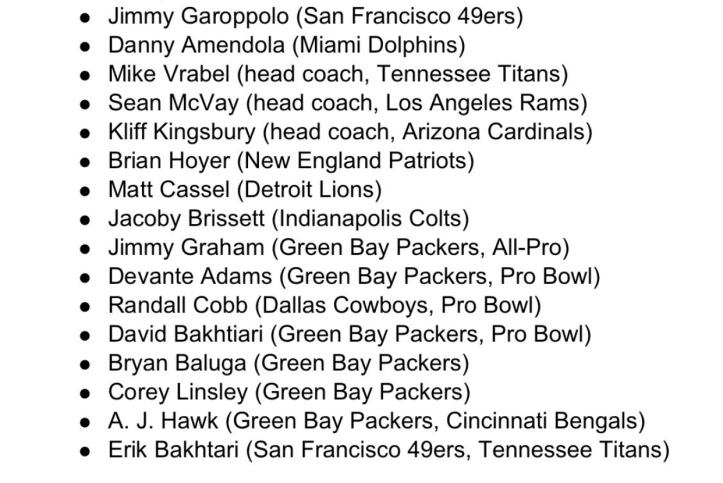 Where to start cuz this thing is great. Quick aside – Press Releases are insane. Like their entire existence is so stupid. And someone actually has to write this crap and pretend it’s important. And they get paid to do it. Wild stuff. Anywho, lets break down 1 of Conde Nast’s “10 Best Parties in the World” (let me guess the Met Gala is #1).

Honestly this is not a Boston fan homer pick. The dude is literally the first name on the list.

Sure why not? What the hell is Dennis Quad doing at this thing? He’s a fine actor and not being a complete wacko like his brother Randy is certainly bonus points but he’s like 65 and this is supposed to be 1 of the 10 best parties on Earth.

I think think Romeo had like a Nick Jr. show 20 years ago when he was 12 and actually little and I’m sure he’s released an album cuz who hasn’t but if it’s 2019 and Master P and Romeo are on the top half of your “celebrity” list….

If you’re throwing a “hot” party and Fez from That 70s Show isn’t coming then are you really even throwing a party at all?

Just gonna assume these two dudes are brothers cuz I have no idea who they are, what positions they play or anything else so props on even making this esteemed Press Release. Though it’s a tough look for Erik to be 4 places lower than his brother and also Mr. Irrelevant.

The use (and non use) of parentheses on this thing is fascinating. All the athletes get their team in parentheses except three – Tom Brady and Aaron Rodgers are obvious but Bode Miller is a bit of a shock. Fully expected to see Olympian or Skier but I guess the dude has a pretty serious Q Rating. Who knew?

The Musicians listed are a trip. Lots of Country which is to be expected but again the use of parentheses steals the show. Richie Sambora is “of Bob Jovi” but Darryl “DMC” McDaniels who’s own name is part of the damn group name gets the parentheses treatment. Utter disrespect there. Lee Brice and Tanya Tucker get (Country Music Artist) but Taylor Dane gets nothing. I suppose the insinuation here is if you don’t know who Taylor Dane is then it’s your own damn fault and you really should re-evaluate your life. David Allen Grier needs no introduction but John Grisham does. Sometimes the universe works in perfect harmony.

There’s no doubt that with a murderers row of the likes of Johnny Gill and Joey Fatone and not to mention both Brian Hoyer and Matt Cassell as well as Jacoby Brissett (I’m sure Scott Zolack’s invitation was simply lost in the mail) that this gala will not only land in Condé Nast’s Top 10 but it just might compete for that vaunted number 1 spot. Watch out Met Gala cuz Travis Tritt and Joe Don Rooney “of Rascal Flatts” don’t mess around when it comes to partying.