What a leaderboard we have today folks:

We’re only missing YOU KNOW WHO and he would have been up there if it wasn’t for the melt down on 17 in Round 2 but just take a gander at the names in contention for a Player’s Championship win. We should be in for one hell of a Sunday folks.

Here at Hi-Top Golf HQ we are having some serious rooting interest anxiety as two of our current favorites are at the top of the board.

Jon Rahm the BrickShitHouse himself made an unbelievable Third Round charge to take the lead on Saturday:

How he got here 👇 pic.twitter.com/Zaoe4FQEzG

And then of course there’s our boy Tommy – loving the sweater look BTW: 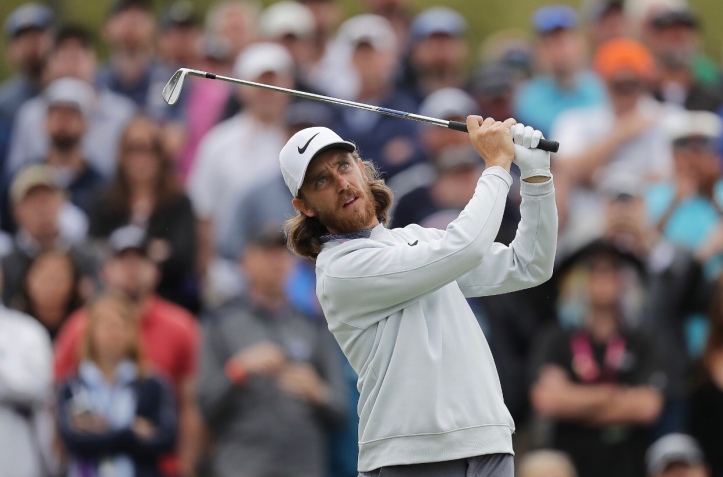 Fleetsy looked dominant through the first two rounds then struggled on Saturday but managed to hold on and put himself in the final pairing with Rahm. Fleetwood Mac is looking for his first PGA Tour (sorry TOUR) victory and honestly our Hi-Top Hearts are pulling for him. The question is can Tommy Fleets tame the Spanish Bull. Rahm has a full head of steam going right now and is going to be tough to catch.

The conditions are wet and the greens are slow – not sure who that favors just seemed like something that should be mentioned.

And oh yeah a little Northern Irish Leprechaun named Rory Mac is also tied for second. We’ve given Rory a hard time but he has been playing lights out lately (just with no wins 🤔). Fleetsy is matched up with Rahm in the final pairing so they will know exactly what needs to be done as they hit the final holes. Here’s to hoping the Island Green has some tricks or a pot of gold waiting on 17.