Hi-Top Top 20 Greatest Hurricanes (The U) of All-Time

11 years ago today Sean Taylor was murdered in his Miami home. Taylor was a great great player and his killing was unspeakable tragedy. Taylor was a tough as nails guy and the embodiment of the type of football player produced by The U. So in his honor we here at Hi-Top have combed through the history of Miami Hurricane football to produce the definitive list of the most “Cane” players to come from The U.

*These aren’t the “greatest” or most “talented” players nor are they the ones who went on to have the best NFL careers. No these are the guys who were true Canes through and through. They lived it and breathed it and always had that Cane Swagger no matter what. These are the guys who could ONLY have played at Miami and nowhere else. 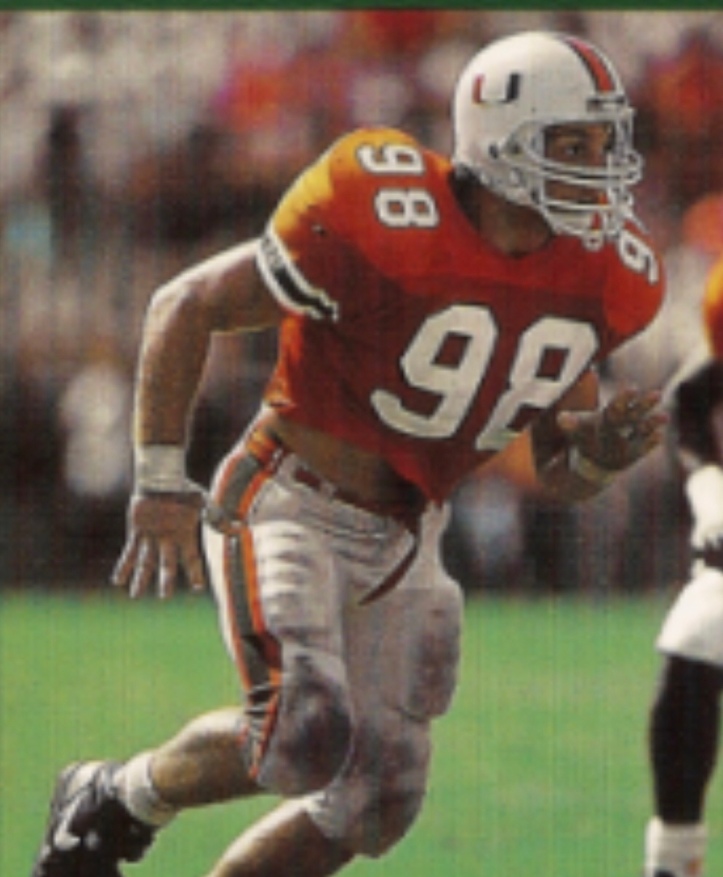 Medearis, a dominant Defensive End, seemed to be on the Miami football roster for the better part of a decade even though he only managed two full seasons on the field. He started his career with a 5.5 sack game and managed 22 career sacks in total. What could have been if not for deviating knee injuries that forced a premature retirement.

A cool name and an even cooler RB.

Williams and Thomas were the 1-2 punch on offense for the great early 90s teams.

Is it possible that Hester is actually under appreciated? I think he is.

Michael Barrow was a god damn freight train at linebacker. 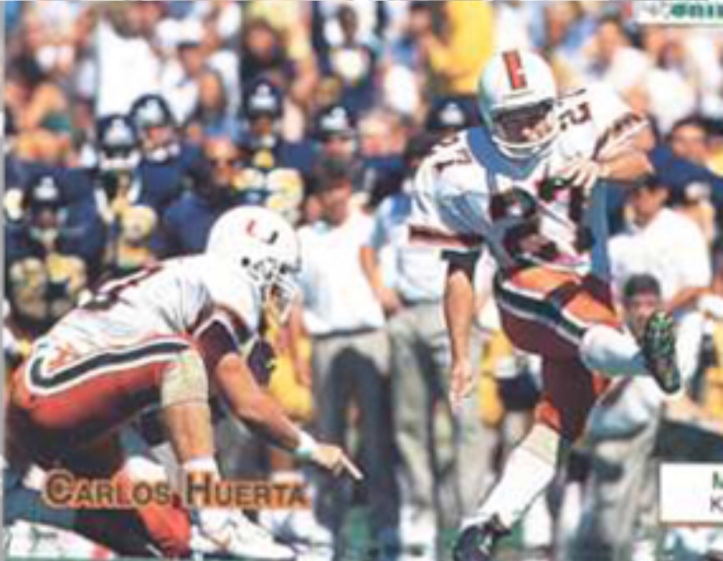 How many college kickers do you remember by name? Two. Well Carlos Huerta is the other one.

Miami isn’t exactly Running Back U but they have had their fair share of great ones and Gore and James were two of the best and most certainly the most “Cane”. 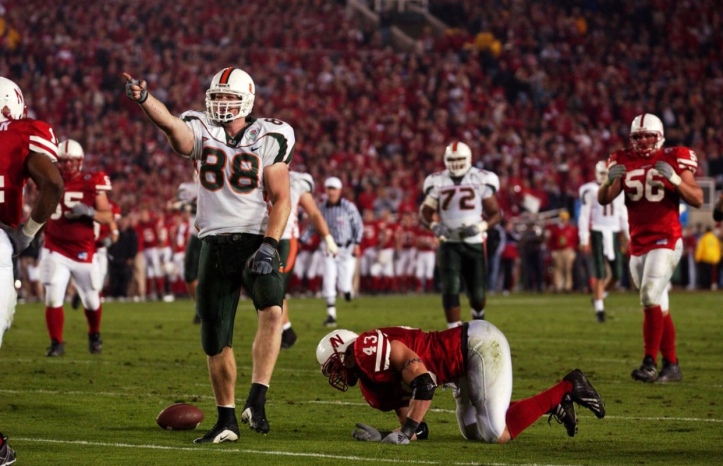 If you were going to create a white boy in a laboratory to play at The U it’d be Shockey. 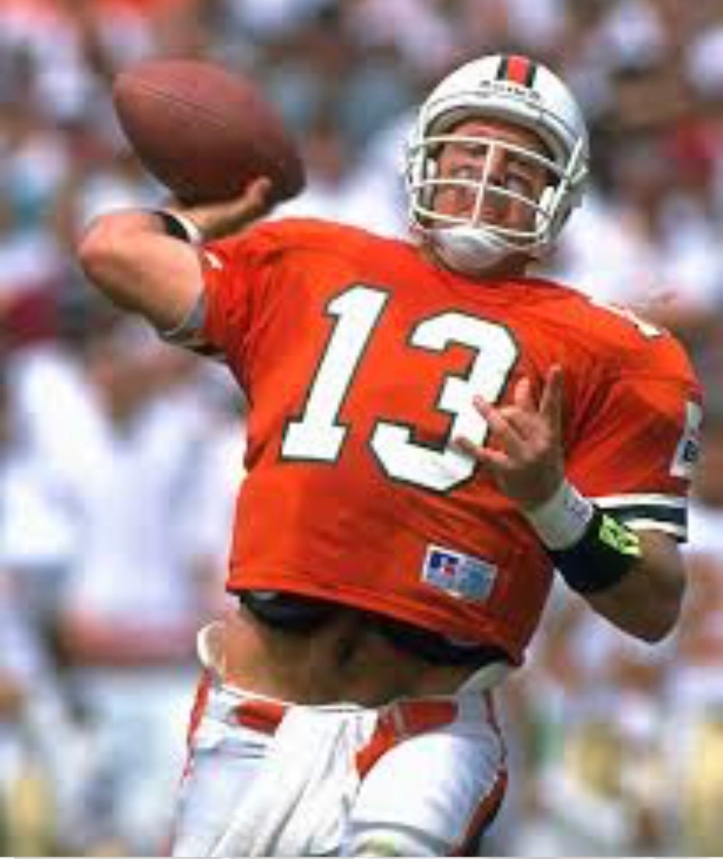 The perfect Hurricane QB is a dumpy Italian who throws the ball 65 yards but can’t run 10 feet. 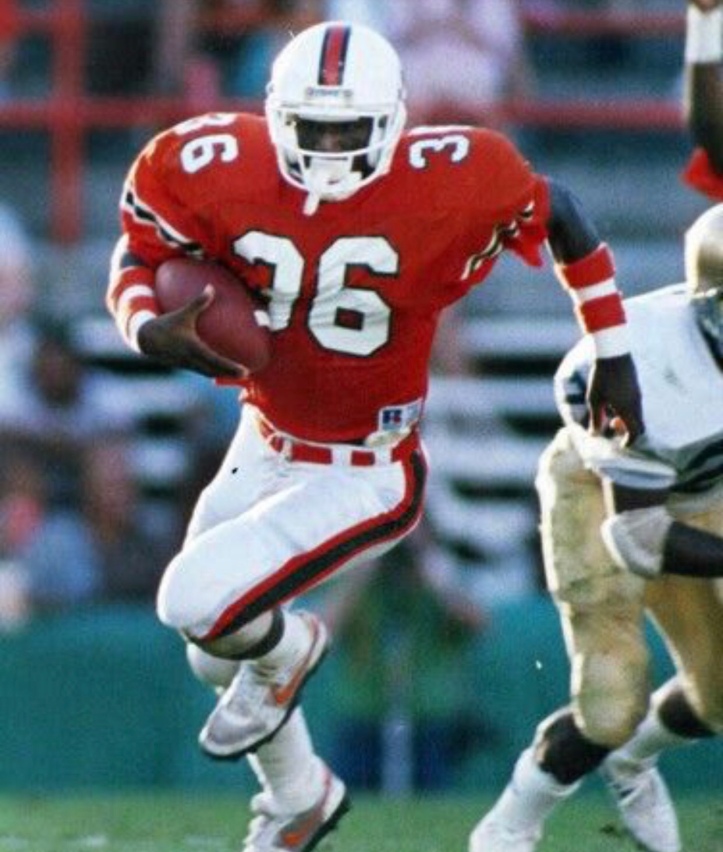 Blades is like a Top 3 last name of All-Time just in general but you slap it on to an entire family (don’t forget Al) of trash talkin mofo football studs and well that’s just about the most “Cane” thing that could happen. A dude named Bennie Blades can’t play for Notre Dame or Michigan. He can only play for The U.

What could have been. I’ll go to my grave claiming Bratton was a better receiver than Michael Irvin.

Okay sure technically Uncle Luke aka Luke Skyyywalker aka Luther Campbell never played for The U but you can not say he ain’t 100% Cane.

#1 on his shirt and #1 in our hearts. Jesse Armstead was the LEADER of the Miami D. Two words – Bad Ass.

A personal Lil’ Dogg favorite. I really had to stop myself from putting Mr. Marley #1. Even setting aside the whole son of Bob Marley thing, this dude was probably, no, most definitely the most exhilarating defensive football player of all-time. Rohan was a pocket sized rocket knocking out dudes three times his size. 100 mph at all times. Pure energy explosion. 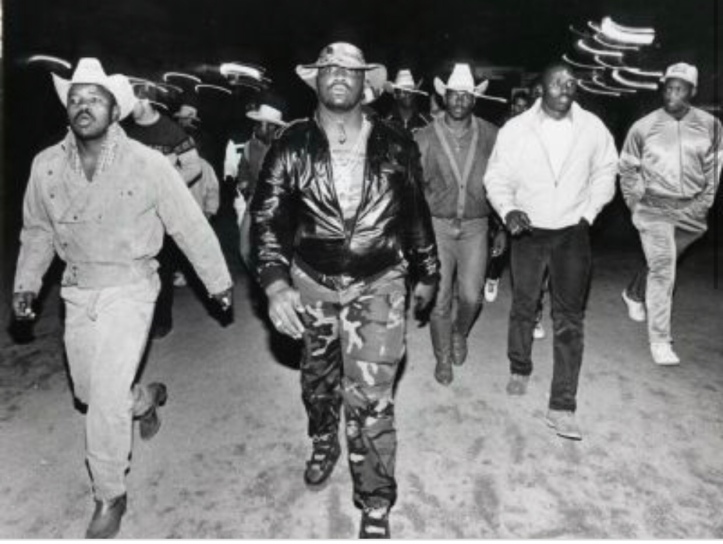 Michael Irvin IS The U. Miami could be 0-12 and the worst team in the CFB and Irvin would still be on the sidelines acting like they were the biggest badasses in the country. He is pot committed to the act. 50 years from now a 95 year old Irvin will be propped up on the sidelines still talking smack.