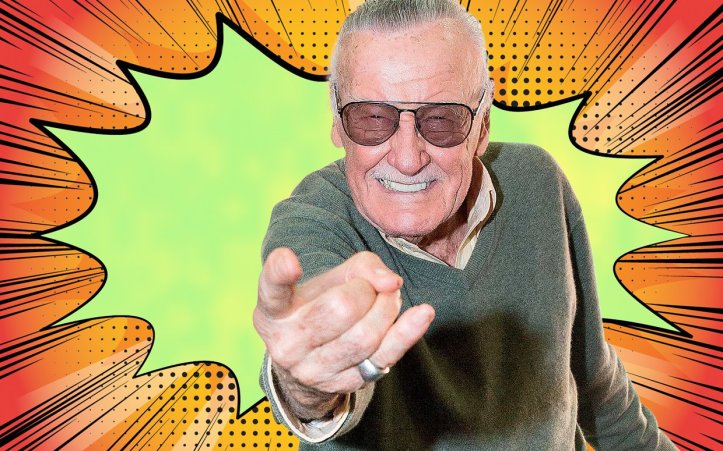 Now that I have had a day to process the passing of the great Stan Lee, I thought I would stop by to say a few words. Also, I figured I would share a special list in his memory because we all know how much this site loves a good list.

I have been a comic book fan since minute 1, way before it was trendy to be a geek. They have been a constant in my life. That being said, Stan Lee was also one of those constants. I obviously knew him from his picture in the comics I would read with my cousins, but my first real memories of seeing Stan Lee in person were from his introductions to the Marvel Action Hour (Fantastic Four and Iron Man Cartoons… as well as the underrated Biker Mice From Mars in the M.A.H. second season) which aired on Saturday and Sunday mornings… randomly.

As you can see there, Mr. Lee was always so enthusiastic about everything he did. You can tell he he loved his job and loved sharing the characters he created with others. You could also tell that he cared about his fan base and how we felt about his creations (Yes, yes I know many others, like Jack Kirby and Steve Ditko, were involved in the creation of many Marvel characters along with Mr. Lee so calm down, we are being specific to Stan here). I would say that this enthusiasm, plus a healthy understanding of the human condition, was what made Lee such a fantastic writer and what drew many of us in as readers. We were his “true believers” and with Lee anything you imagined could be possible. In today’s world it is hard as hell to find a man like that, and we seem to be swiftly running out of the few we have remaining.

Stan Lee helped mold a large deal of not only my childhood, but also my life as I moved forward. I owe a lot to him on a creative and personal level. He made us geeks feel ok about ourselves and the skin we lived in and showed us that anything was possible. He showed us that one simple moment in life can change everything and that we need to be responsible for ourselves. He was, and is, a model of enthusiasm and positivity that will sorely be missed in our world.

At the end of it all though, Mr. Lee lived a long and amazing life, and though it is sad that he is no longer with us, we should celebrate him and rejoice in what he gave us. And in that notion I am going to share my personal favorite Stan Lee cameos, mostly from Marvel, and one from outside the MCU.

Come on now, Stan Lee as a skeevy strip club… I mean “Gentlemen’s Club”… DJ. How is that not hilarious? I would include the clip… but it is super NSFW and I am not exactly sure on the nudity policy around these parts.

He actually has two cameos in GotG2. The one seen above and mid credits cameo where the aliens just get fed up and leave him sitting on that rock. I don’t know what it is about this one… maybe it just reminds me of someone I know? Eh, who knows, but it cracks me up.

While the movie may not have been great (I mean I liked it well enough), I think the cameo was one of the better ones, even just down to how it was filmed. It’s also nice to see Spidey saving his creator from certain death.

Look at Stan acting all hard. If Thor tells you something isn’t for mortal men… you should probably listen. Also, I feel like this is the only time Lee himself says his famous “Excelsior” catch phrase in a movie. I am probably totally wrong about that though… so many cameos.

Let’s all be very very honest with ourselves for a moment. This is the only Stan Lee cameo that actually matters. Period. Bar none. End of story. Also, if Stan Lee gives you advice on love… you listen to that shit. NOTE: T.S. says “Excelsior” not Stan.

Well Hi Toppers, there you have it. A legend has passed but will be forever immortal on the page, the screen, and in our hearts and imaginations (yeah it’s corny shut the hell up!). Excelsior, True Believer… may you rest easy among the stars.