Guide to Attending BC- Clemson

College Gameday is over, and you’re ready to really start the tailgate. But, umm, this is BC, so you can’t. You need to go home. BC admin probably prefers you to take a nap, maybe attend church services.

HTTA Tip: We suggest you fire up the grill, and crack open a fresh 30 pack, convince someone to be the DD for the night, and start your pregame routine in your backyard.

Now, you’ve got the car packed, the beer on ice, and you’re ready to head to the stadium to really get the tailgate going. Well, NOT SO FAST, MY FRIEND. Lots don’t open until three hours before kickoff. (Yes, seriously).

HTTA Tip: You’re going to want to find the parking lot of a nearby shopping plaza, to get the tailgate party up and running. Since this is illegal, and you’re in the middle of the city, you’re essentially just going to have to crack beers in your car.

HTTA Bonus Tip: You may be thinking “I should just have mixed drinks in the car- easier to disguise”. But, we suggest you hold off on the hard stuff for now…

Get in line for the parking lot, because they only have parking for like 20% of the cars that the should, and unless you want to take an unguided tour across campus, get your ass to a preferred lot.

HTTA Tip: You need to ask an alum or season ticket holder which lot you need to be in and map this out ahead of time. If you’re reading this now, for tonight’s game, and you haven’t done this yet…get on the phone immediately.

Now that you’re parked, get your shit set up quick, because this party ain’t going to last long.

HTTA Tip: There’s only like a 100 foot radius where you’re actually allowed to use a grill at this place (they really know how to party), so better have packed pre-prepared foods.

This is really your only tailgate time, so hit it hard.

HTTA Tip: Be careful not to appear to be having too much fun, though, because there are plenty of rent-a-cops and nerd volunteers running around making sure there is no appearance of rowdiness. I’ve never seen it first hand, but I’ve heard the wildest of parties get escorted in to see Sister Marie and Father O’Flynn, and are spoken too about the evils of living a life full of gluttony. 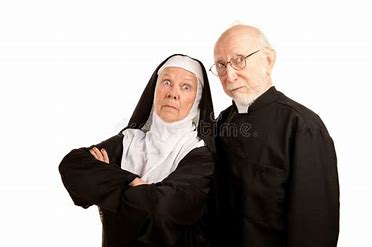 This is key planning time…what do you sneak in to the game? Of course they don’t sell beer or booze inside- can’t blame this on BC, a ton of NCAA venues don’t allow for it. So you need a plan of attack.

HTTA Tip: I think the statute of limitations is up at this point, so I can tell you that My Buddy Matty and I snuck in close to a 30 pack for one game. We were stuffing em down our pants, down girls’ shirts (only girls we knew), in their purses, wherever we could, and we managed to get them in without incident.

This is highly risky, though, especially for prime time, so I’d just recommend each person jock a pint of something. Whiskey works well, because you can buy soda inside to mix.

Time to make your move. If you don’t know this, about 20-30 mins before kickoff, they come through and make sure the parking lot is empty…corralling everyone into the stadium. Literally, telling you to shut down the party. These people really know how to have a good time, lemme tell ya.

Get ahead of the crowd.

HTTA Tip: Make a drink for the walk in…you won’t get away with a beer, so if you have a bottle of seltzer or soda, mix it up.

You’re inside now…but you have one more thing to do before you get to your seats. Hit the concession stand for mixers.

HTTA Tip: If you did brave it, and sneak in beers, the concession stand will sell you just the empty cups, IF you throw on a little charm like your boy here and My Buddy Matty did…a few smiles, a joke or two, and a $5 tip should do the trick.

Now, be careful when you’re drinking inside, they are on the lookout for it. And there are plenty of uppity alums who will look down on your for it, and report you. They are easy to identify, thankfully, they’ll be wearing slim-fit chinos and a sweater…probably talking a little too loudly about how their firm is doing.