So yesterday the Lil’ Dogg put out a list of his top 5 scary movie baddies and while It was a super solid list I thought I would take a minute to share my take on it. Now, It should be noted that I am a hardcore horror enthusiast so there were a lot of ways I could have gone for this but since the Dogg pointed out that this should be mainly “iconic” baddies, our lists will be fairly similar but not entirely and in a totally different order. Also, the Dogg seemed to focus a lot on the look of the character, which is a giant component, and while I will do that as well… I will also focus on a couple of other things.

The original slasher icon! This is really where the American slasher started. Face and his family of sadistic cannibal’s are truly terrifying and the last people you would ever want to run into on a road trip across the country. I mean, the dude’s face is made of other people’s flesh. That is next level creepy. Unfortunately, of all the franchises this one has arguably the worst track record when it comes to follow ups. The second one was a bug nuts adventure in depravity but outside of that I say skip them all. (Though I do have an undying love for the beyond awful Texas Chainsaw: The Next Generation… check that one for some early McConaughey action.)

Leatherface is the daddy and good ol’ Mikey Myers is the Uncle of slashers. Myers is pure sadism and rage all wrapped up in a blank face that rides the line of human and supernatural. All of your fears can be imprinted on to that mask and the expressionless nature of the thing makes it so much scarier. There is truly nothing but hatred and malice hiding underneath that Shatner mask. Whatever you do, never get in the way of this silent boogeyman.

Ah, Mr. Vorhees.. a Christian’s wet dream. Want to have premarital sex, get hammered, and do drugs out in the woods? Go for it! Just be aware that Jason “The Left Hand of God” Vorhees is out there ready to punish you for your wicked sins. Seriously, it is almost obscene how conservative the dude is. That being said, I love Friday the 13th and Jason himself. My favorite is hands down Part VII. Sure it isn’t the best movie in the franchise (I would actually say that is part VI) but it has the coolest looking Jason (literally all the damage that has been sustained by Jason throughout the franchise is accounted for on his body, the detail is insane), it was also Kane Hodder’s first legendary appearance as Jason. He would go on to play the character 3 more times making him the longest running Jason.

You open the box, he comes. An angel to some and a demon to others. Damn did this box art mess with me when I was a kid. I will never forget the first time I saw Hellraiser. I was way to young and it was on television. Boy did it mess my little head up. Now it is one of my favorite horror movies of all time, along with its direct sequel Hellbound. The imagination in this movies is staggering and the design is impeccable. Just look at that dude. F that S. He is one of the last villains you would ever want to square off with because you would be chained up and ripped apart before you even knew what was going on if he hasn’t already monologued you to death (seriously, dude loves his preaching). Now this franchise is pretty abysmal, but there are a few sequels that, if given the proper chance, may actually surprise you. 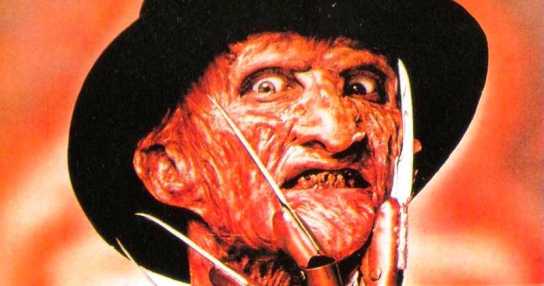 1,2 FREDDY’YS COMING FOR YOU! Easily my favorite horror villain of all time. The wit of this guy while he tortures you is unparalleled and the imagination of the franchise is top notch in my opinion.. Some of the best one liners in horror history; and that nursery rhyme? Come on now. Outside of that, let’s think about Freddy M.O.. Fred is a Dream Demon, so once you fall asleep, he’s got you and you are toast. However, he kind of has you by the balls when you are awake too. Think about it, in order to avoid Freddy you need to stay awake, stay awake long enough and you go insane, stay awake a little longer than that and you are probably just going to die. It is a double whammy. There is no real winning unless you figure it out, and he always comes back so what is the point? Dude is the supreme baddie. I love this whole franchise, even the awful ones, so… yeah. Never Sleep Again! 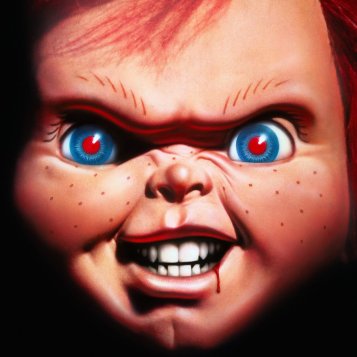 Good ol’ Chuck was my first experience with slasher icons. I saw this movie while being babysat when I was very little. Not intentionally shown the film (or was I Le Cap?) but none the less I saw it (snuck downstairs and watched it from the next room… but just ask Le Cap about what happened next ;]) and it burrowed deep into me and ruined stuffed animals for me for a quick second. I am a big fan of this franchise, but as time goes on I find it to be way more of a comedic franchise than anything else. I mean… he’s a doll kick him across the room, rip his little plastic limbs off, incinerate him. He’s easy to get rid of. He does have the all time best laugh in horror history though… no denying that.

So there is my two cents on the slasher villains hierarchy! Hope you all enjoyed and Happy Halloween!