Hi-Topper Legends are not always the greatest players of all-time. Sometimes they aren’t even the best players on their own team. But what they truly are, they are the ones that you remember.

Anyone who watched college football in the Golden Days of the early 90s knows that they Sunshine State was King. Sadly the entire state of Florida is in the midst of a CFB tailspin but the 80s and 90s were the halcyon years when The U, the Gators and the Seminoles competed in a yearly 3-Way Battle Royale. And the team left standing usually took not only the title as the best football team in Florida but more often than not the National Title as well.

Those years featured a dizzying array of stars and none burned burned brighter and exploded faster than Tamarick Vanover – Florida State University. 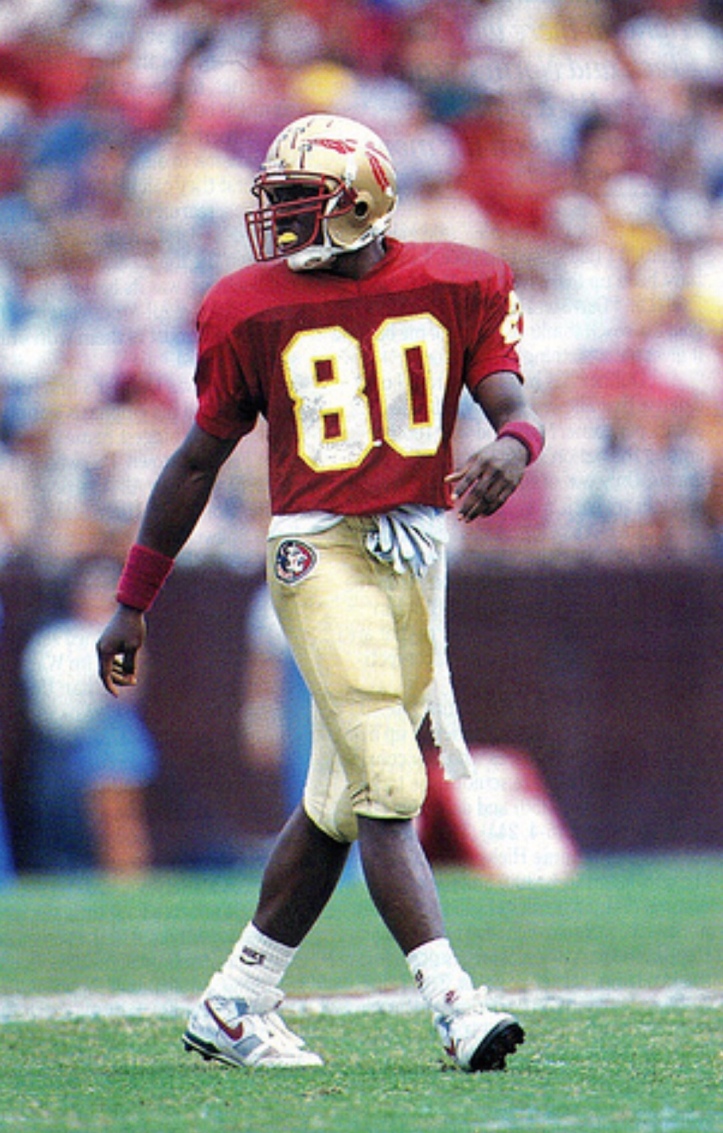 Vanover had the moves and the speed but most importantly he had the STYLE. Just check out his wristband and towel game – STRONG!!!!!

Vanover burst onto the scene as an All-American Freshman in 1992 but off-Field problems soon plagued him and would for years. He took an unusual route to the NFL, leaving FSU early to play for a year in Canada Las Vegas in the CFL for the Las Vegas Posse before getting drafted officially by the Kansas City Chiefs. Vanover had a solid run in the NFL before more serious trouble found him including involvement in one the biggest luxury car theft rings in American history.

Thankfully it seems Vanover has gotten his life back on track these days.

And for College Football fans we’ll always have the memories of Vanover flying down the sidelines, towel flapping in the air as he takes another one to the house.