Lil’ Dogg promise: This is not a cheap shot dig at Soccer. In fact it’s the opposite. 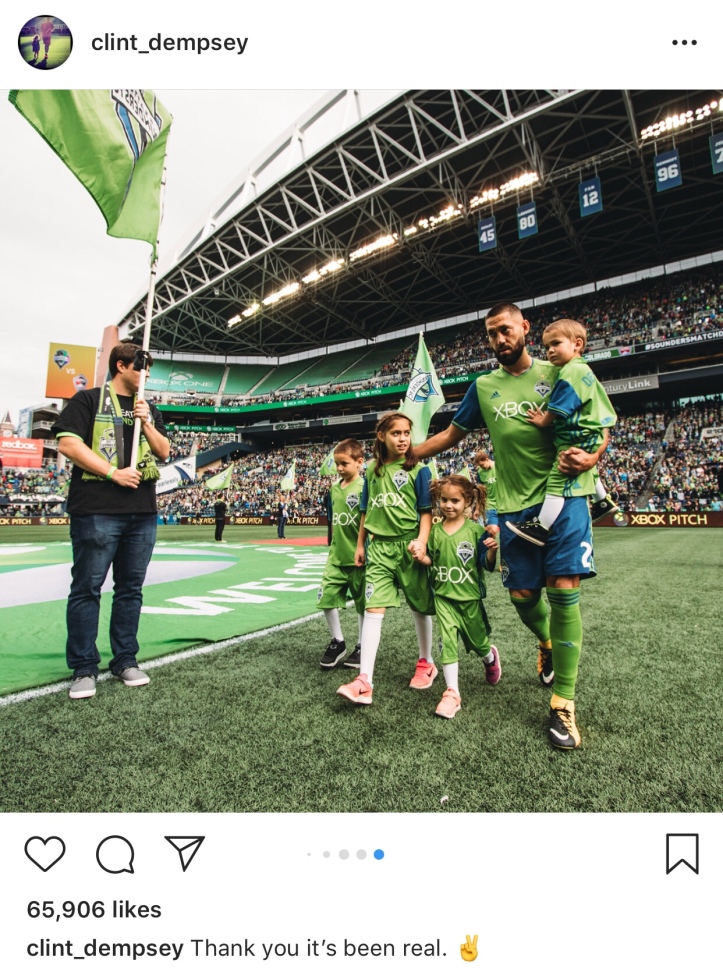 Clint famously once said all he wanted to do was “score goals and go fishing”.

And unfortunately for US Soccer fans it was just that mentality that kept Dempsey from becoming the “Superstar” US Soccer player that he should have been.

For those keeping score at home, the two greatest soccer players in US history so far (Christian Pulisic is probably, most definitely, the most TALENTED ever but he’s short a few years before he gets called GREATEST) Landon Donovan and Clint Dempsey were respectfully, an idiosyncratic loner and a guy who’d rather go fishing than do a commercial.

The last 10 years should have been an epic high point for American Soccer. And in a lot of ways it was but the sport still has yet to make THE LEAP into the mainstream everyday sports conversation.

Clint Dempsey could have and should have been the guy to do that.

The man was a major goal scorer in the Premier League.

He played in a Europa League Final with Fulham. He scored legendary goals against the grand titans of European Football.

But his personality and spot light averse attitude kept him as a mere curiosity back in America.

Obviously there were many other factors than did and still do hold back Soccer – for Dempsey, he played during the years when the Premier League was virtually invisible on American TV (blame Fox Sports for that one…and well pretty much anything Fox touches turns to shit so…). And of course not every athlete can or wants to turn on the charm like Magic Johnson. Dempsey is who he is and that’s that.

So in retirement a small sliver of the American Sports World will marvel at what Clint Dempsey could do on the pitch and the rest…well much like the MLS itself they continue on blind to the larger world around them.