That’s Soooo Vineyard!: Infighting in the In Crowd

Bill Murray flipping out and allegedly choke slamming a cameraman into a wall and pouring a drink over his head is hardly breaking news…I think he just refers to it as “Thursday”. 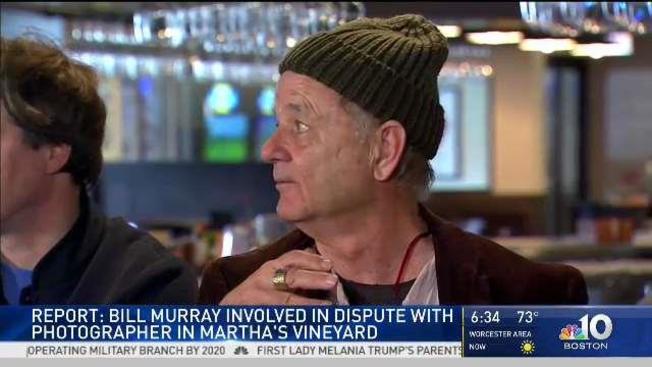 But when the incident takes place on Martha’s Vineyard…and the Photographer is 71 YEARS OLD…and he’s “on assignment” for the local paper, covering a local band playing a set at a pretentious, wanna-be understated hotspot…AND the 71 year old is Carly Simon’s “little brother”….ANNNNND he pulls a “Do you know who I am?” faceoff with Bill Fuckin’ Murray…..

THAT is a story. It may just be the most Martha’s Vineyard story of all time.

Summer in the Vineyard is like god damn fantasy land for “the crowd”.

This guy is 71 years old, and he’s taking pics of some band of nobody’s on a weeknight? I’m not in the know on the financial situation of Carly Simon and her immediate family, but she’s MV Royalty…pretty sure he could get a better gig if he desired. Clearly he’s just pretending to be photographer; slumming it for a sense of what it’s like to be

one of the 99%. This will give him some “perspective” which he’ll undoubtedly share ad-nauseum over spritzer’s this weekend.

The funny part is, though, the minute this phony is challenged, he busts out the “Do you know who I am?”.  He’s so vain.

Allow me to answer for almost everyone outside the incestuous MV circle….”NO. We have no fucking clue who you are”. I know it’s hard to grasp that, because you’re (probably) pickled brain has been summering with the same group for 40 years, and you’re probably something of a mover and shaker in that group…but you are essentially….NOBODY. You don’t even make the Siblings section on Carly’s Wikipedia page. Christ, 40% people only tangentially know who your “big sis” is…forget about you.

For Murray’s part, you’re going to go off because a guy might be taking pictures of you…in a crowded restaurant, where a band is playing? Clearly, this is not an intimate atmosphere. If you’re on the island, and you google “The Scene”…this is where GPS would take you. And, as you reminded Simon (and probably everyone within a 100 foot radius) you’re BILL EFFIN’ MURRAY. Get over it, man. I know the only role you’ve played well lately is that of being a recluse, but the jig is up.  You’re just an asshole.