The Adventures of Klay Thompson Continue…

When last we saw Klay Thompson, the supposed “boring” half of the Splash Brothers, he was celebrating the latest Golden State Warriors Championship by loading a boat load of Instagram models on to a literal boat:

Klay Thompson Chartered A Private Plane Full Of IG Models To Cabo And We Got All The Footage https://t.co/618Ml66EbV

Next he showed up in China, the site of his adventures last off season, ready to challenge any and all as the world’s greatest Pop-a-Shot player. Sadly Klay was quickly and easily vanquished by China’s reigning Champ:

First off, Klay’s form is TERRIBLE. Contrast the way Klay is shooting with his opponent and you can easily see who is the professional and who is the amateur. Back to the classroom Klay cuz you got just got schooled.

This wasn’t just a loss. This was a 60 point beat down.

Now some people (let’s call these people “losers”) are pointing out certain inequalities among the ball distribution between the two competitors. 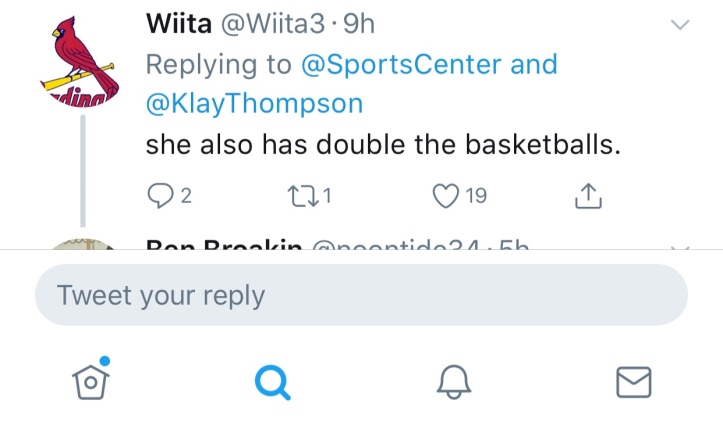 To those people the Lil’ Dogg only has one thing to say: