The Hi-Top Golf – Get to Know series will be highlighting some lesser known PGA Tour players that we think the casual weekend duffer should be aware of. Let’s move beyond the Rorys and Tigers and get to know some real Golf Pro lifers.

***We will take a moment away from the normal programming to feature back-t0-back US Open Champion, Brooks Koepka.

Who: Just told you, Brooks Koepka

Why: Are you really not paying attention….he just won back to back US Opens

Why Brooks is a Hi-Top guy:

I’ll be honest with you…it’s really just the fact that he became the first Champ to defend his US Open title since Curtis Strange in ’89 (yeah, even Tiger hasn’t done this). And he did so in THE RETURN of the ridiculous US Open set-ups. After the field set all kinds of all-time lows last year, and Koepka won with a -16, the USGA, mother nature, and the very very very rude and not so nice New Yorkers, (seriously, is Ian Poulter ever not complaining) teamed up to once again make the US Open “Golf’s Ultimate Challenge”.

Beyond that…Brooksy appears to be right off the golf assembly line. Doesn’t say much…has no flash…doesn’t even insta pics of himself in Bermuda with other 20-something golfers. He’s just another boring white guy with tight white pants….or so it would seem.

The HTTA Investigative team did a deep dive on this guy, and we uncovered some dirt.

Firstly, he dates Jenna Sims. Wait…Le Cap…do you mean THE Jena Sims, star of Roger Corman’s The Attack of the 50 foot Cheerleader? 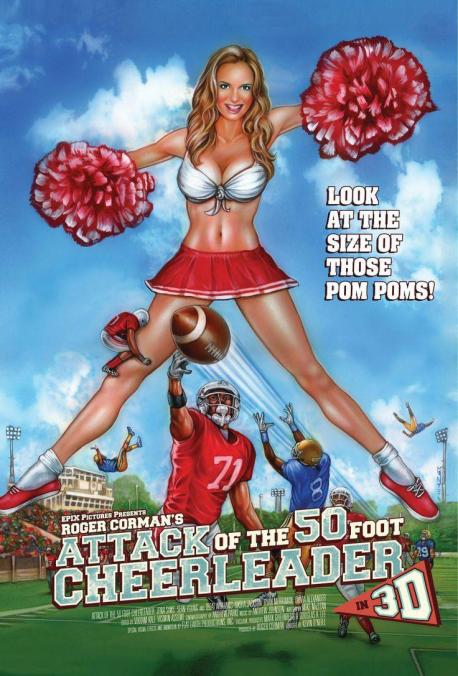 Seriously, though…”Look at the size of those pom-poms”…top 5 movie tag lines.

Secondly, we’ve discovered completely unsubstantiated fourth-hand source material, on a website forum, apparently dedicated strictly to golf-based rumors. And well…I’ll let you read this one for yourself:

Too many problems to even list with this one. But I’ll say, if your calling the thread “Crazy radio show rumor”, and citing a radio caller…probably not much credibility.

Major shout-out to the caller though. As a guy who once convinced an entire group of people at An Tain that I was a tailor, and in town for the big “Tailor Convention”…I understand the nuance of a quality fabrication. Claiming to be “Jonas Blixt’s part time caddie” is a HALL OF FAME lie. Because nobody would be crazy enough to claim that, if it weren’t true….right?

Bottom line….we don’t buy this story, and neither did any of the golf conspiracy theory folks who responded on this message board.

So, we stand by our original theory…that Brooks Koepka is just not Koempelling at all. But he is a two-time Major Winner, and thus a Hi-Top Guy.