OK with Brady? You’re a YAHOO!

The Pats are at it again today, and once again, no #12. Yesterday, Kobe was there…but not Brady.

There are no shortage of apologists out there, making excuses, saying it’s no big deal. They are yahoos, every last one of them.  Irrational Pats’ yahoos. They love their team…but really have basically ZERO credibility as a fan. 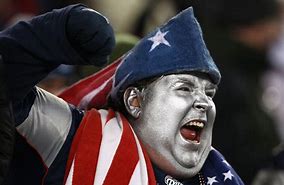 Let me tell you who thinks Voluntary OTA’s ARE a big deal. TOM BRADY:

“You think, ‘God, it’s just another OTA in the springtime and it’s not that important’ and all those things that could probably enter your mind,” Brady said back in June of 2013, via Mike Giardi of NBC Sports Boston. “But the truth is this lays the foundation for the start of training camp. If you have a good training camp, it usually means a good start to the season. And a good start to the season leads to good position entering the second half of the season, which leads to a good playoff. So everything ends up having some significance to it.”

So, which is it, people? Was he right then (and consistently over the past 18 years when he’s made similar statements), or is he right now?

Was it right to be walking around with a Lil’ Brady in your shorts when he was “Winning the PAHKING SPACE”…or is it “He’s the best ever, it’s not like he needs a handful of workouts in May”?

I love Brady. Favorite athlete ever. But he doesn’t get to have it both ways. He wants to contradict everything he’s ever said, and the entire premise of his Facebook live kiss to himself…he’s gonna catch some heat from me.

Now look…realistically, is missing a few passing drills going to derail the whole season? Not likely. But in a sport where it often comes down to a singular big play, isn’t there a chance these extra days of work with Jordan Mathews or Sony Michel could make the difference between converting a 3rd down, and breaking off the route at the wrong place? I mean, those are the types of things Brady has often referenced when discussing the importance of these days. 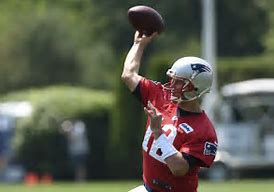 The other aspect of this is that he’s the QB. The Alpha. The de facto, and very much actual, leader of this team. And coming off this, the most tumultuous offseason since The Tuna waddled on down 95, I think there is added urgency to getting everyone on task.

But all of a sudden, Mr Team is putting everybody else behind himself. His family, his businesses, his ego, and his need to win this pissing match, ALL come before doing the right thing and being there with his team. Get to practice, and quit the passive aggressive BS!

I get it, in the NFL the players have no leverage. And these are VOLUNTARY activities. So technically, he isn’t doing anything wrong. But there isn’t any other QB in the league who would pull this. And if they did, “WE”- meaning the fans in New England- would be ALL OVER HIM. “We’d” be bragging that our guy was better…our guy did it the right way…that’s why our guy is the 5 Time Champ……

But I guess when it’s Tom Brady….it’s no problem. Right, yahoos?