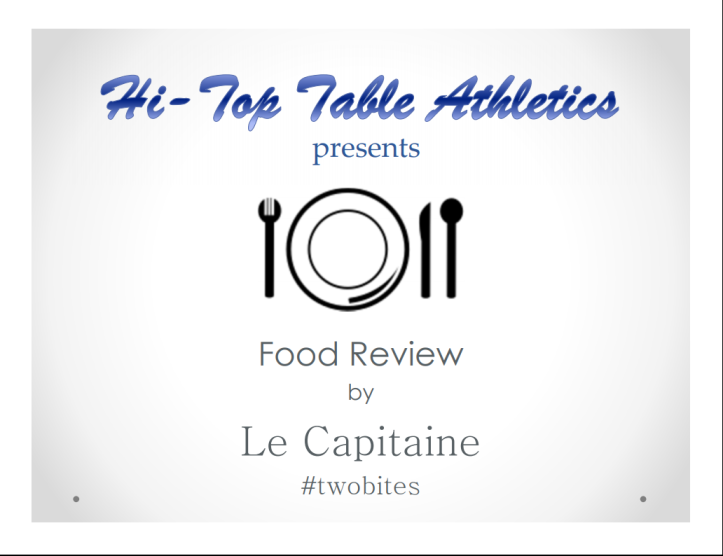 The Roast Beef sandwich is easily one of the 5 best things about living in the North Shore/North of Boston area.

Around here, everyone has their favorite place for Roast Beef, and they’ll swear by it. But to help all the Hi-Toppers who may want to open their minds- or cards on the table, just to try to start arguments- I’m going to be reviewing some of the hot spots for Roast Beef sandwiches in the area.

Here at Hi-Top Athletics, we like to use the official HTTA 13 point scale (patent pending). But with food reviews, I just feel that isn’t enough. I want to give the best possible review to the #regularguys and #regulargals out there, so for simplification purposes, I use a 130 point scale for all food reviews.

As always, the order is Super, Onion Roll (the only proper roll), Am Cheese and Mayo. I don’t do 3-way for a review, because the disparity in BBQ Sauce can really slant the review. I want the Beef to stand for itself.

For this review, I went to what some consider to be the granddaddy of them all, the famous:

Two Bites, Everyone is Aware of the Stipulations

Look: Right off the bat, true fans of the Roast Beef sandwich will spot one major issue…no onion roll. Aesthetically, this is a problem, but more on this later.

Beyond the roll, this is not the best Roast Beef sandwich I’ve ever seen. Far from it. The slices are too thick, and folded over. It’s almost like roast beef would be sliced at a deli- as a former S&S Deli man, I can speak authoritatively on this subject- which is NOT what you want to see in your classic north shore roast beef.

The beef also fit nicely into the confines of the roll. Way too neat. We need some sloppiness, and overstuffed-ness to a real quality roast beef, and Kelly’s did not bring it.

I almost wondered if they have an automatic slicer, and a scale back there, to ensure you don’t get too much beef. This is the effect of, what I like to call, big “Corporate Beef”. It takes away the true artistry of Sandwich making…it’s the roast beef version of TGI Friday’s cocktails…except, ZERO flair behind the counter.

Roll: NO ONION ROLL! Not even offered at Kelly’s. You want to consider yourself the best Roast Beef Sandwich around, and you don’t even offer an onion roll? That is weak. It’s like a burger place not offering cheese. As I’ve said in previous reviews , a roast beef sandwich is flat out better on an onion roll….FACT.

As far as sesame rolls go, it’s decent quality. A little dry, but grilled nicely. But being the best sesame roll at a roast beef joint is like being the Center on the hoops team at the DeVito Academy for Very Short Kids.

Beef: As I mentioned earlier, the beef is sliced like you’d get a lb of roast beef at the deli…that’s no bueno. It not only effects the look, but the taste as well.

It’s just not the texture you expect- you NEED- from a good RB Sandwich. To score highly, I want to see thin, non-uniform slices, with some that drop out of the roll that you need to pick up and put back in…or let’s face it, you eat with your hand.

Slicing it like Kelly’s does really mess up the flavor too. For some reason, it doesn’t seem as juicy or as flavorful the way they do it. Maybe it’s fact, maybe it’s in the mind of the sandwich-eater, maybe it doesn’t matter either way. It just is not up to the level of the other places we’ve reviewed…not close. I checked with other staff and this is the definite consensus here at HTTA.

There are wild claims out there that Kelly’s “invented” the roast beef sandwich. Maybe they did, maybe they didn’t. It’s roast beef on a roll…kind of hard to figure out which ad-wizard was the first to put the two together. Bottom line is, it just doesn’t matter.

They are the most well-known, I suppose, but that doesn’t amount to legitimacy. If I go to Chicago, and find a Pizzeria Uno, did I eat the best deep dish in town?

And that’s what Kelly’s is. A second rate chain restaurant, claiming they’re the best, and really they are nowhere near it. They are Arby’s with Scallops platters.

I know, I know. A ton of people have some nostalgic fondness for when they used to pile in the old station wagon, and head to Revere Beach for Roast Beef sandwiches and clam strips…and that gives them some sort of loyalty to Kelly’s. But when it comes to Roast Beef Sandwiches, being around a long time doesn’t make you the best. And if you must eat here…order the seafood.