I know its been a while since old’ uncle Mittsy has posted. Well there is a perfectly good explanation on where I have been for the past month……

Moving on. The Stanley Cup Finals begin on Monday and NO ONE saw this coming. Before the season began the Vegas Golden Knights were given 500 to 1 odds of winning the Cup. The next closest team was 200 to 1. To say that the story of this season has been incredible in an understatement. The first year expansion team is made up of mostly players that where seen as expendable by other franchises. Some maybe did not live up to expectations with their previous club, others were seen not elite enough and a few were looked at as washed up and past their prime. Well these guys Tom Brady’ed that mentality, took the chip on their shoulder and shoved it straight up the leagues ass!

The Knights put up 109 pts on the season to win the Pacific Division and the 2nd overall seed in the West. They then strolled into the playoffs Le Cap’t strutting into a fantasy football draft (over confident and obsessively over prepared). They swept the Kings, beat the Sharks 4-2 and then waltzed passed the Jets 4-1. In fact the only time they trailed in any series was by losing game game 1 of the Western Conference Finals.

Knights goalie Marc-Andre Fluery has been playing at a ridiculous level. He is 12-3 with a  Save % of .947 and 4 shutouts. If Vegas wins the Cup Fluery is hands down the front runner to win the Conn Smythe (playoff MVP). Remember, Fluery won 3 Cups with Pittsburgh, including the last 2 seasons. However, in those last two he was a backup to Matt Murray who chased the Flower out of town. 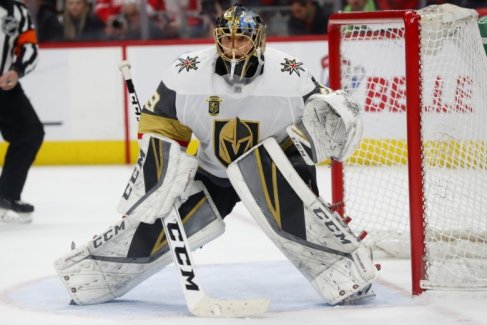 Let’s not forget Vegas has pretty sweet intro to their games. If there is anything that Sin City knows how to do, its entertain…and thats it. Nothing else happens in Vegas. Nothing at all. Nothing

The Knights seem to be a team of destiny. They are the best expansion team in the history of US sports. The 1968 St Louis Blues also made the Stanley Cup Finals…HOWEVER, back then the NHL had just expanded from the Original 6. The Blues played in a conference made up of all expansion teams and one of them were guaranteed a spot in the finals. What the Golden Knights have done is truly incredible and seem unstoppable.

But what about their opponents, the Washington Capitals….(to be continued)