This is part of our 18 Day Masters Preview

At HTTA, we recognize that Golf is where it’s at. We’re into it. I’m not afraid to say that Hi-Top is the blog with the absolute BEST GOLF TAKES anywhere on the world wide web.

We also recognize that not all of you are as invested in it as we are. Which is why we do things like an 18 Day Masters Preview… to get you excited for the Majors, and up to date on all necessary golf tidbits.

Today, we are going to focus on saving you some embarrassment around the lunchroom or at the barber shop during Masters’ week, when the conversation comes around to Rickie Fowler. 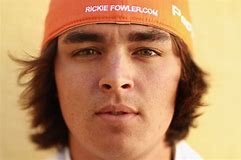 Not THAT Rickie. THIS Rickie: 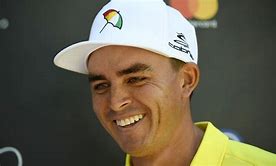 Look, nobody hated Rickie Fowler like I did. He showed up on the scene in 2009 and seemed to immediately get a lot of love from fans. He had friggin’ deals with Titleist and Rolex before he had a top 50 finish. And it was mostly about the fact walked around the course looking like an idiot.

No. Just no. This is not cool….there is not one thing cool about this:

Making things worse was the fact that, he was not playing well. He had a few top 10’s here and there, and even a couple of close calls, but he always managed to choke it away on Sunday.

Look, you want to dress like a fool….make a brand for yourself….go for it. But you got to be goddamn sure you’re good at what you do. You have to EARN IT!

I know of what I speak.

Anyhow, in 2012, Fowler won the Wells Fargo, and it seemed to empower him and his ridiculous fan-base. It was peak lunacy. 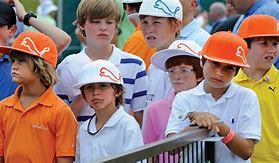 So terrible. I ran into clowns like this down at TPC Norton…it actually made me angry…like physically and emotionally angry. I’m mad right now thinking about it.

Thankfully, he struggled for the next couple of years, and then in 2014 he cut his hair, finished top 5 in all 4 majors, shaved USA in his head at the Ryder Cup, began toning down the outfits, and just become all-around more likable player.

So, now, what we’re left with is this Rickie.

Much easier to deal with. He’s often cited as one of the nicest guys on tour, and last week was awarded with the first annual Philanthropy Award, from the Arnie’s Army Charitable Foundation. A guy we definitely want to succeed.

On the course, he’s routinely top 10 in every list: Ranking, Money, Scoring. He hasn’t gotten over the hump at a Major, but is frequently in the mix, and he won the Player’s…which is the “5th Major” and probably the best top to bottom field in any event.

I mean check this pic out from the 2016 Ryder Cup…how do you not love this guy?? 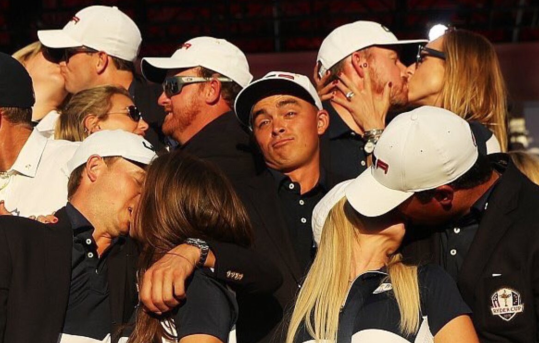 So now you know. When all the guys and gals are chattin’ golf, you can interject:

“You know who I’ve really come around on? Rickie Fowler. I couldn’t stand that ‘Golf Boys’ Bullshit, and the stupid outfits…Cmon dude. But now he’s really focused on his game, and he’s definitely due for a major”

Immeditately, whoever you’re talking to will be like “This guy knows his shit.” They’ll probably invite you to play with them…or who knows, maybe one of them will offer you a dream job. Sky’s the Limit.

Oh and seriously….this is soooooooo bad: