Lebron is Better than Larry…it’s ok to admit it.

Last night, with a 31-11-12 line- his 12th Trip-Dub of the season- Lebron James became the first ever player with 30,000 Points- 8,000 rebounds- 8,000 assists. It’s amazing because usually when people reach this stage of record-setting/ stat-compiling, they aren’t (at worst) one of the 2 or 3 best players on the planet…but Lebron still is.

Now, I could start listing all his milestones in painstaking detail, but I won’t. 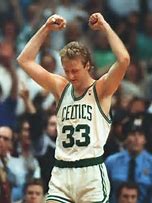 I almost can’t believe we need to have this conversation. But, look, y’all, I get it. It’s hard. Larry Legend was my first guy. My first sports love. And there is NOBODY, nobody I want taking one shot for me when I need it more than Bird…ok maybe MJ…but either way…Larry was a STONE COLD KILLER!

But, as my man Lil’ Dogg would say, facts is facts, and the fact is Larry’s career doesn’t hold up to Lebron’s, as much as we in Boston hate to admit it. It’s ok, though. It doesn’t take anything away from #33. He’s still one of the best handful (he’s my #5/6) of players of all time. He’s just not as good as (the current) #23…who I have either at #2 or 3 on my all-time rankings…depending on my mood.

Let me break down the case. 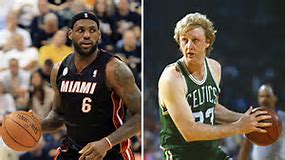 Statistically speaking, no matter how you break it down, traditional and advanced stats both heavily favor Lebron. His career totals are better and his peak years are better…it just doesn’t matter.

All Larry has on Lebron statistically is Total and Per Game Rebounds, 3-pt %, and FT%. By every single other measure Lebron beats Bird…and in most cases, he dominates him.

Now if you want to talk winning, which is a huge measure of greatness among NBA Legends, it’s a different story.

They’ve each won 3 titles, Lebron with 3 Finals MVP, Bird has 2.

Bird’s “winner” status is undisputed. He brought his teams to the brink 5 times, won 3, and never disappointed on the biggest stage.

Lebron, meanwhile, had the “Can’t Win the Big Game” for a long time, and a lot of Green Teamers still throw it out there. He didn’t win, after all, until he went to Miami.

One of these greats saw their Points Per Game, Win Shares/48 min, and Player Efficiency Rating go UP significantly in the post-season, over their regular season. That player was…LEBRON, while Bird actually went down in each category.

Now, I’m still giving the edge here to Bird, while we await more titles from Lebron, but it’s not the slam dunk you might think. 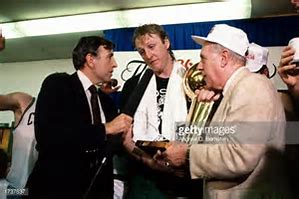 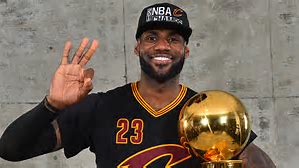 When we get into “Story time”, Lebron is whiny, sneaky, had “The Decision”, and has a completely distorted view of himself and his importance in the world. People seem to hate him- which I think is too much- but he’s not a terribly likable guy.

Larry Bird, on the other hand has French Lick, bar fights, his father, the car on Storrow Drive, his mom’s driveway, Magic, held up the one finger, told the guys they were playing for 2nd, shit talked every soul on the basketball court (including his own team, occasionally), still gives Chuck Person nightmares…Larry Bird is probably, anecdotally, the best basketball player ever.

Therein lies the problem with this discussion in Boston. The best arguments for Larry are all anecdotal, and everyone here knows the stories.

The only measure by which Bird is better is the collective eyeball tests of  a vocal demographic of men aged 39-65. Many of whom “can’t stand the baggy shorts” of today’s NBA, and wouldn’t put anyone from this era that high on a list.