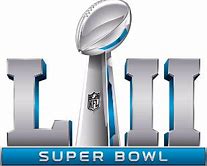 I reached out to the guys for their picks for Super Bowl LII. I asked for:

Prop Bet they’d like to play (real or not)

The quality of what I got back will tell you a little bit of what I’m dealing with around here….

No real surprises here…everyone is taking the Pats. I would love to be contrarian and take the Iggles, but, c’mon. It’s Nick bleepin’ Foles.

Here are some more tidbits, MVP picks, and prop bets.

Josef: “Brady will take the MVP…again. I want a prop bet that NBC will play the Rocky theme at least once during the broadcast. The Pats’ o-line will be key because the Eagles front it very versatile, and can pressure up the middle. They’ll run some games with their 4 guys. I also expect the Pats to run a lot of cover 3 because of the speed…………”(sorry bro, we fell asleep).

Bennygloves: “I will be revealing my pick soon in PPP, you can wait for that. Gimme the clicks! I don’t pick MVP’s because it’s a reactionary award given out by guys in the press box. For a true MVP award, voters should take the game film home and grade it out first. My prop bet is that Timberlake will come out in white shoes…at least to start.”

Silky Mitts: “Nate Solder is the MVP…you heard it here first! My prop is an over/under on JT singing “Sexy Back”. ”

I’m not entirely sure how an “over/under” would work there….is he trying to bet whether he’ll sing it…or how many times he’ll sing it? I don’t think he knows what he’s talking about…to be fair, he was probably hammered.

Lil’ Dogg: “Gronk is the MVP. Over/under on ‘Is it a catch?’ controversies at 2”

All business from the Dogg on Super Bowl Sunday.

Sophomore: “Timberlake will pants himself, as redemption for the wardrobe malfunction”

Sleepy One: “Pats will score on their first play, on a kick return TD by Dion Lewis. Prediction, prop, and MVP all in one. Dion Lewis.”

Spiritsguy: “Spiritsguy likes to get his prop bet out of the way early…win his money, and enjoy the rest of the game. Brady’s first pass is a completion -250. Lock of the Century.”

I didn’t alter that at all…it was 100% in the third person. He also didn’t give a pick, score, or MVP. But I did get a message:  “I’m in Miami, bro”…so that probably explains that.

For my picks, I’m going chalk:

Pats cover, Brady MVP, and Over 3.5 groups that will complain tomorrow about being offended by either Al Michaels, a commercial, or Justin Timberlake. Bet the mortgage payment on that.