We, here at HTTA- really I, being the Capitaine- have decided we won’t be sending someone to the Super Bowl this year. This was a difficult decision to arrive at, but it needed to be made. Somebody needs to speak for the #regularguys and stand up to the NFL. 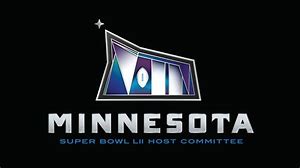 It’s a great expense, sure, but we could easily swing it if we had to.

It’s not about the fact that we haven’t been granted credentials…there are ways around that. I’ve snuck in to much classier shindigs than the Super Bowl.

This is all about the fact that for some godforsaken reason, the NFL, in their infinite wisdom, has decided to host their marquee event in goddamn Minneapolis.

We’ll still have you covered leading up to the game. Benny will have some great PPP action, Lil’ Dogg and the rest of the guys will be looking for every angle to take on….we’re just not going to support this travesty of a host city.

I mean, seriously, are you kidding me Roger? Minny? I mean, I’ve heard nice things about the town. It’s far more metropolitan than you’d think. Underrated dining scene. Nice mid-western folks. A mall with a friggin roller coaster in it….got it. But it’s one of the northernmost cities in the United States, and you want 100K-plus fans and media members to flock there in early February?!?! Not so fast, my friend.

Let’s just check the 10-day forecast for Minny, shall we: 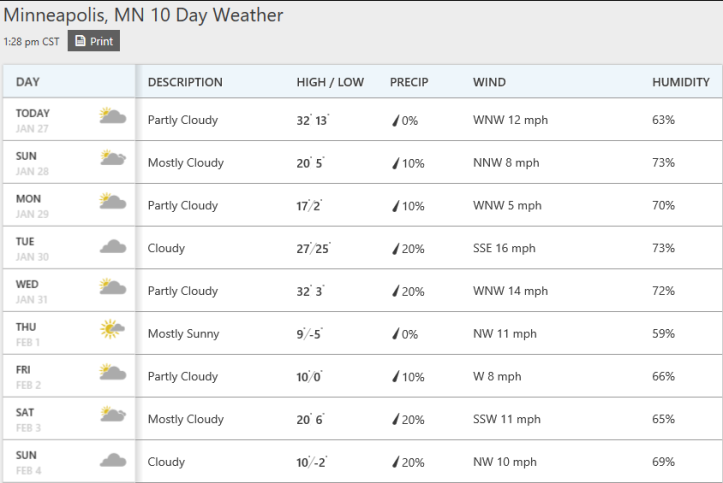 A HIGH on the week of 32….average somewhere in the low 20’s. Game day low of -2. That’s oppressive. There doesn’t appear to be a threat of major snowstorm, but that’s just dumb luck, isn’t it?  This has disaster written all over it.

I know the game is indoors, but that’s only 4 hours…the Super Bowl is a week-long event, that exists all over town. People need to be able to move around easily, not risk frostbite waiting for an Uber to get to the Red Bull- Schick Razor Tuesday Night Karaoke Showdown at Buffalo Wild Wings Sponsored by Coors Light and Bacardi featuring Pit Bull and Robin Thicke*.

*Not a real party…I don’t think 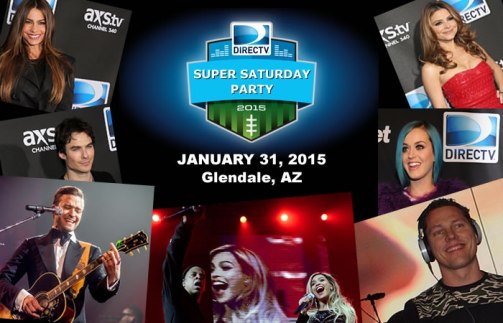 The Super Bowl should be held, on a rotating schedule, in: Miami, New Orleans, the Rose Bowl…and I guess Arizona is fine too. For the record, game day forecasts:

This will allow for limited travel delays, easy getting around town, beach volleyball parties hosted by Johnny Manziel, bikini contests at your hotel pool…ya know, what the Super Bowl is all about.