Now, I know this has already made the rounds, but it won’t go away…and honestly, I just want to rant about it, and Mrs Le Cap and the Lil’ Capitaine’s just don’t want to listen to me. 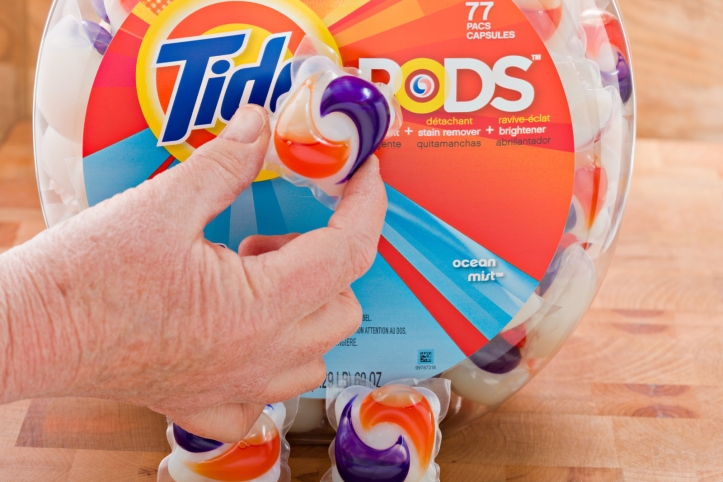 Firstly- and I’ll feel compelled to say this every time I do one of these- why is everything a “challenge”. The label does at least make it that much easier for me to identify what I automatically hate…but it’s in and of iteself a STUPID trend. None of these things are actually challenges. They are things anyone can do, at any time…not a challenge. There are no rules of engagement, no winners (only losers), no governing body…not a challenge. Standing still. Planking. Eating laundry detergent…NOT A CHALLENGE!!!

Secondly, and specifically regarding the Tide Pod Challenge, it’s (at least, potentially) dangerous…but in an incredibly stupid way. Base jumping is dangerous, but I’d imagine at least those mindless dopes get some type of thrill that stimulates their primitive brains…so I get it. Eating a laundry detergent pod delivers no such excitement. The only thing it does is gives you an excuse to put yourself on youtube and get some ATTENTION. For this reason, I refuse to link any videos…and I forbid Hi-Toppers from watching any!!!

Look, if you want attention, do something of value with yourself. Sing something. Film yourself doing movie-oke scenes (more on that at another time). Write something for @Hi-Top Athletics. Anything but worthless youtube videos. If you don’t have the talent to do something worthwhile of attention…sorry. Not everyone is cut out for the big time.

Now, do I have an actual fear about someone getting hurt doing this? Only if some little kid tries it. If a teenager, or an adult does it, and gets hurt or worse…hey, dem’s da breaks. Less stupid people out there that we have to worry about.

My real worry is what it’s doing to society. The mere existence of this “challenge” is going to lead to more such “challenges”…which all make the world a worse place.

It also provides a platform for unfunny celebrities and normally out of touch people in our everyday lives to attempt to derive humor from it…and we can’t have any more of this:

The Meme game on this “Challenge” is weak: 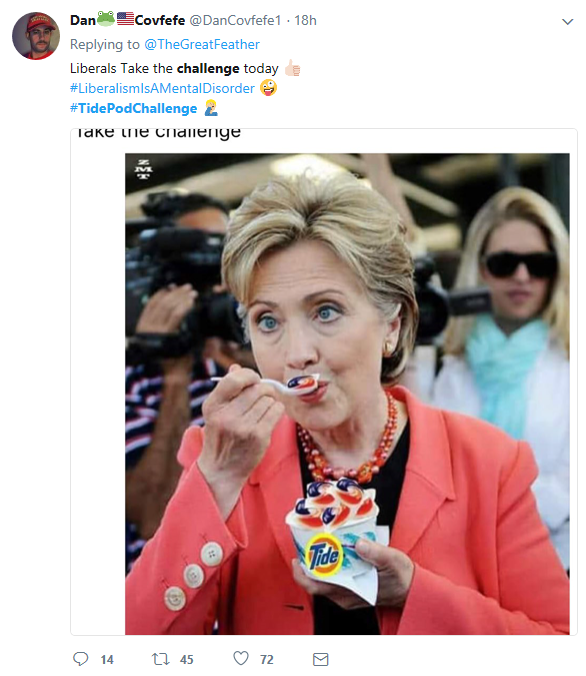 I think we can all agree….the Tide Pod Challenge is the The Next Stupid Thing.