Is Jeremy Roenick the Stupidest Human of All-Time?

Kid Rock was recently announced as the NHL halftime (or pre-game or whatever the NHL does) entertainment. 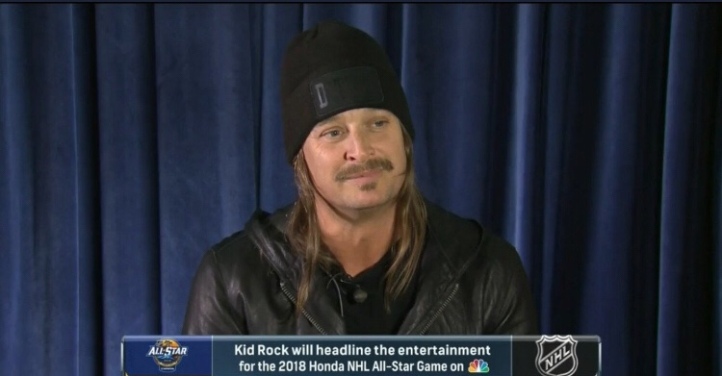 I guess there was some backlash to this announcement among hockey’s tens of fans. I really have no opinion on this aspect of the story, I could care less who the halftime Super Bowl performer is much less the NHL All-Star Game.

But here’s the kicker. Apparently in making this announcement Jeremy Roenick stated that Kid Rock was THE MOST TALENTED MUSICIAN ON THE PLANET EVER

Ok Hi-Toppers I’ll admit that on occasion the Lil’ Dogg has been know to bust out some hyperbole.

But to even claim Kid Rock is a good musician is a stretch. Sure I guess he plays multiple instruments but so does your local High School Music Department Director. I would assume almost any capable musician could learn to play a variety of instruments if they wanted to. It’s certainly no indicator of skill or proficiency.

Here’s some truly great musicians – Prince, Beethoven, John Coltrane, John Lennon, Mozart, the Wiggles…I could go on and on but the point is that I really don’t think that if you polled the entire planet and asked for the greatest musician in the entire history of humankind that any other person besides Jeremy Roenick would name Kid Rock. Not even Kid Rock would name Kid Rock and he thinks pretty highly of himself. Actually he probably would name himself so I apologize Mr. Roenick you are not the stupidest human of all-time. You are tied for that honor with Kid Rock.