Tiger is #Fakenews: An Expose on the Mainstream Golf Media

Tiger is returning to action this weekend. As I’ve made clear, Le Cap roots for dominance, and Tiger is one of the single-most dominating athletes of all time. When at his best, nobody has ever separated themselves from the pack more than Tiger.

The harsh truth, however, is that those days are long gone. He’s too hurt to play the way he used to. I wouldn’t rule out a win at some point, but the odds of even that are pretty long.

There is one group of people out there who don’t agree with that take at all. The Mainstream Golf Media.

If you’ve seen any coverage since Tiger announced his return it’s all sunshine and rainbows. How healthy he is and how he’s outdriving Dustin Johnson….it’s all nuts.  The guy hasn’t won since 2013, and has more cuts than Top 25’s since then, yet the MSGM continues the narrative.

“A huge sigh of relief can be heard from the Bahamas”, according to J Patrick Cunnion, the area’s foremost Golf Media Critic, “the members of the Mainstream Golf Media can go back to writing the same exact Tiger story they have been writing and re-printing for the last 20 years.”

Currently in golf, the field is stronger, more talented, and more dynamic than it has EVER been. Contenders are coming from all over the world. Golf shouldn’t need Tiger, but the MSGM has invented the narrative that the sport is reliant on Tiger, and then they continue to report on the phenomenon. They’ve put themselves into a never-ending paradigm, and they are fully invested in Tiger.

If you ask Cunnion, this is part of an greater, more concerning pattern. “The (MSGM) are essentially just the beat writers of the PGA tour. Mandatory golf press meeting at the hotel bar scheduled for 6:00.  It’s important that they all get on the same page when the Tiger excuse machine gets fired up Thursday afternoon”

Cunnion isn’t alone. There is a growing sentiment that the MSGM is not reporting any news, and just carrying the water for the stars.  Belief is that they have been keenly aware of recent scandals such as Dustin Johnson’s alleged drug problems and suspension, as well as years’ worth of Phil Mickelson’s shady dealings. But instead of bring these- and similar stories- to light, the MSGM stick to stories about how Dustin is a mature husband and father now, and Phil likes to tip out clubhouse attendants with 100’s.

There have been occasional rumblings and leaks about certain players, though; John Daly and Patrick Reed come to mind. Is it coincidence that these two don’t fit into the typical mold the Golf Media most reveres? 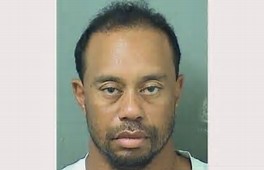 Of course, this all goes back to Tiger. TMZ had to break the news about Tiger’s marital issues and sexcapades with every hostess from the Wynn to the Perkins. Don’t tell Cunnion the Mainstream Golf Media didn’t know about that, and that the same practices isn’t going on today. “What about the two PGA banned drugs that were found in Tiger during his DUI arrest?  Mainstream Golf Media has decided he has suffered enough and big pharma is to blame.”

One wonders what a Tiger collapse this time out will do to change the focus to the next generation. Probably not a whole lot. After all, even without Tiger around in 2017, all we ever heard about was Arnold Palmer.