It’s Hot Stove season, and there has been a lot of talk lately about the expansion and realignment proposals.

Obviously, I’m a  #bigthinker, a visionary. So I’m down with expansion, but here’s the thing. It’s got to make sense. This guy Manfred, “The Jester”, wants to expand to Portland and Montreal?!

Portland? Any city that’s ever been referred to as a “Hidden Gem”, or if people ever describe the place like this:  “No, it’s actually a great place to visit”… is probably not where you want to plant a new MLB flag for the first time in 20 years.

And, Montreal? Really, Jester? They speak French, Olympic stadium was the single worst place I’ve ever set foot in (not stadium, place), and you’ll be outdrawn for attendance any time there is a Junior Hockey tournament in town.

Le Cap’s official List of places MLB should expand to:

Nashville: They support the shit out of the hockey team, and nobody in Tennessee knows dick about hockey. You’re also guaranteed a bunch of drunken fans from the visiting team will be rolling in every weekend blowing their cash.

Las Vegas: Worried about the desert heat? Start the games at 9pm local time. The city is going all night, who cares. And, want to work the all time hits leader back into the fold? Give Pete Rose a job as team ambassador.

Split between Charlotte and New Orleans:  Now, I don’t mean it’s a tie, I mean you actually split a team between two cities. Radical idea? Hell yeah it is. But it’s time for baseball to do something radical. Shake it up. Of course, the Jester would never pull this off. He’s not a visionary, not a born leader. But this would be great for thebaseball fans in two areas with NO allegiance to any team now.

Manfred, you gutless shell of a commish, if you ever want to talk to a #bigthinker with real ideas, you know where to find me. You give me a call, and I’ll consider burying the hatchet to help you not fuck this one up. For the good of the #regularguys. 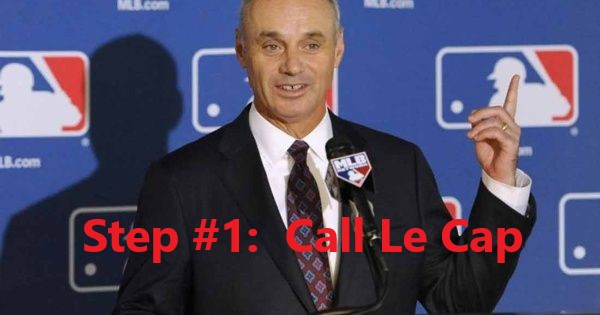